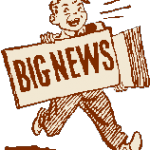 A federal jury in Fort Lauderdale, Florida cleared former UBS executive Raoul Weil of charges that he conspired with wealthy American taxpayers to evade income taxes and avoid reporting offshore accounts. Prior to his indictment, Weil was the third highest officer of Swiss banking giant UBS and a member of its executive committee. He is the most senior banker targeted to date by prosecutors.

We covered this trial extensively over the last several weeks. Prosecutors never suggested that Weil personally assisted any clients hide accounts or avoid FBAR filings. Rather they attempted to paint a picture of a bank run amuck with Weil being the mastermind of a massive conspiracy. Jurors didn’t buy it, however.

One witness testified that Weil was present at a client meeting in Miami in which unreported offshore accounts were discussed but couldn’t remember critical details. That was the closest prosecutors came to showing that Weil particpated in the scheme. (UBS entered into a deferred prosecution agreement in 2009 and paid a fine of almost $800 million.)

In prosecuting Weil, the Justice Department cut deals with several of Weil’s colleagues. Defense lawyers suggested that those witnesses had reason to lie or exaggerate in order to avoid prosecution or prison. Weil contends that any crimes were committed by lower level manegrs and account executives. In an interesting twist, if Weil is correct, the truly guilty may now walk.

According to published reports, Weil’s lawyer told jurors in closing arguments that his client’s reputation and career have been tarnished. “This man’s life is ruined. Let’s not assassinate him further. Our government has done that enough,” said attorney Matthew Menchel.

This is the second not guilty verdict in several days for the Justice Department in an FBAR case. Until now, the IRS and DOJ have been very successful in getting pleas or verdicts against bankers. This case was a bit of a departure, however, in that prosecutors targeted a senior bank executive.

What does this case mean for others facing charges? Unfortunately, not much.

Front line bankers such as account representatives shouldn’t take solice in the verdict. There was no direct testimony showing Weil participated in the hiding of accounts. Bankers that have direct client contact won’t be so lucky.

For taxpayers, there is also little reason for excitment. The IRS has become expert at ferreting out hidden offshore accounts and taxpayers that have not filed FBAR foreign account reporting forms. The penalties for not reporting an account are so high that the risk in trying to avoid detection simply isn’t worth it.

The IRS has focused on prosecuting banks and bankers because one successful prosecution of a banker often results in dozens of client names being disclosed.

Hopefully, the recent not guilty verdicts will temper the Justice Department’s zeal. Senior bankers in Switzerland will welcome the news but there is little reason for joy elsewhere, however.

Mahany & Ertl is a boutique law firm concentrating in FBAR filings, FATCA and other offshore reporting issues. We provide IRS tax lawyer services worldwide. For more information, contact attorney Beth Canfield at or by phone at (414) 223-0464. All inquiries are protected by the attorney – client privilege and kept in strict confidence.