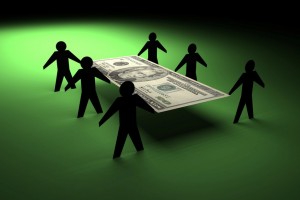 Tenant in Common interests. Once the rage in the brokerage community, they quickly fell from grace after promoters like Donald Swenson (DBSI) and Carlton Cabot scammed investors of hundreds of millions of dollars. Roughly half the brokerage firms that sold these investments have been shuttered; unable to pay claims from angry investors. We thought all these cases were over, until we learned this week that VSR Financial agreed to pay $3.74 million to settle claims brought by a former investor.

Stockbrokers love illiquid, private placement offerings like DBSI because they generate commissions far above average. Investors loved them because they thought they were investing in stable real estate assets and had the opportunity to participate in large deals once reserved for institutional investors because of their size. Unfortunately, many of the larger TIC promoters were fraudsters simply running Ponzi schemes.

While investors always have the option of pursing their TIC fraud claims directly against the promoters, often their was nothing there. Because they were Ponzi schemes, all the money was spent by the time the scam was discovered. Brokerage firms remain responsible, however, for their failure to perform proper due diligence. Unfortunately, the TIC scandals of recent years have caused many smaller brokerage firms to go under.

VSR Financial remains an exception. Probably because it was recently purchased by billionaire Nicholas Schorsch, VSR Financial is one of the few broker dealers that sold DBSI that is still in business.

McLendon’s lawsuit against VSR is highly unusual. Virtually all claims against stockbrokers are resolved by binding arbitration before the Financial Industry Regulatory Authority – FINRA. InvestmentNews reports reports, however, that a Texas state court judge previously ruled in this case that the arbitration agreement investor McClendon had signed when opening his account with VSR only bound the clearing broker and not VSR.

We doubt we will see more TIC fraud cases involving Carlton Cabot, DBSI or any of the other big TIC promoters from the previous decade. The statute of limitations has run on most cases. Unfortunately, however,TIC fraud has been replaced by cases involving nontraded REITs and other similar illiquid investments. Same scams but wearing different clothes.

If you have lost money in a Tenant in Common case or other illiquid investment, give us a call. You can also visit our TIC and investor fraud page.  We have helped dozens of investors with a wide variety of TIC fraud and other claims.

* Hat tip to Bruce Kelly at InvestmentNews for his excellent and continuing coverage of DBSI.