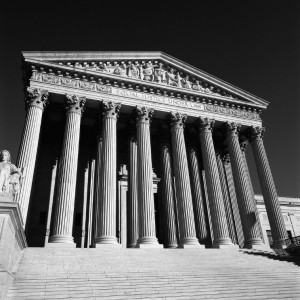 Yesterday the United States Supreme Court heard arguments in a key case about how far to extend protections against whistleblower retaliation. At issue is how to balance federal whistleblower protection laws with national security interests.  The case considered by the court involves Robert MacLean, a former air marshal employed by the Transportation Security Administration. He lost his job after telling a journalist that the TSA had reduced the number of air marshals on certain flights.

The government claims that the TSA was justified in terminating MacLean because his disclosures threatened the safety of air travel. (After MacLean’s disclosure was published, the TSA was forced to boost security on certain flights.)

MacLean claims he is the victim of retaliation and that he only went public after his concerns were ignored by his superiors. According to reports published by the New York Times, the justices appeared very sympathetic to MacLean. Justice Sotomayor said she was troubled, however, that a ruling favorable to MacLean could open the door to more troubling cases.

The government certainly has the right to be concerned about national security. We wouldn’t want the names of undercover agents working in hostile countries to be published, for example. But whistleblowers have rights too. One can certainly argue that MacLean did more for national security by coming forward. Only after his conerns were published did Congress become aware of the problem and force the agency to reverse course.

Robert MacLean’s case certainly has similarities to that of Eric Snowden, the former NSA contract worker now living in exile. Snowden was charged criminally after becoming a whistleblower while MacLean simply lost his job.

Whistleblower lawyers are certainly following this case. We suspect that the Supreme Court will have a tough time articulating a bright line test that lets would be whistleblowers know when they cross the line. Instead, future determinations will likely have to be made on a case by case basis and involve common sense.

The law firm of Mahany & Ertl primarily represents private, non government whistleblowers in False Claims Act, FIRREA, SEC and IRS whistleblower actions. These laws compensate whistleblowers for coming forward and providing information. To qualify for a monetary award, one must generally have original source, “inside” information about a fraud against the government or violation of securities law. Some laws such as the Financial Institutions Reform, Recovery and Enforcement Act (FIRREA) pay awards for information about bank fraud or activities that hurt the financial security of federally insured banks.

For more information, contact attorney Brian Mahany at or by telephone at (414) 704-6731 (direct). All inquiries protected by the attorney-client privilege and kept in strict confidence.