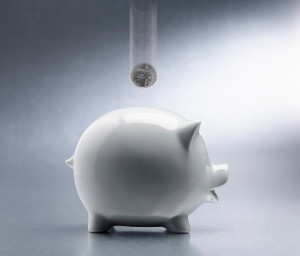 Living in Florida has certain advantages. One of those is having a front row seat on almost daily fraud and tax evasion trials. There is no shortage of criminal defendants down here and then means plenty of opportunities to observe what makes these folks tick. For the last week we have been following the trial of Raoul Weil, accused of helping taxpayers avoid filing FBARs and avoid disclosing their offshore Swiss accounts to the IRS.

As we have noted in past posts, opening a bank account in Switzerland is completely legal if properly reported. U.S. law requires taxpayers to disclose most offshore accounts annually on a Report of Foreign Bank and Financial Accounts or “FBAR.” Willful failure to file FBARs is a crime as is helping others do so. Raoul Weil is charged with the latter, conspiracy to help taxpayers defraud the IRS. If convicted, he faces five years in prison.

In our post last Friday, we noted that a former co-worker of Weil, Hansruedi Schumacher, had testified about UBS bankers deliberately creating code words to denote clients with undisclosed accounts. He also testified about the extensive precautions that bankers took to keep the IRS from finding out about these accounts. One problem with Schumacher’s first day of testimony was that little was said that would connect Weil to the actions of those of his employees. Remember, Weil was a senior executive of UBS, not a front line banker with extensive client contact.

Since the first day of trial, things have really heated up.

On cross examination, Weil’s attorney tried to paint a Schumacher as the real criminal. (Schumacher was also indicted for his conduct but made a deal with prosecutors. Part of his plea agreement requires him to testify against Weil, his former boss.) When accused of being the true mastermind of the massive conspiracy to help Americans avoid FBAR filings, Schumacher replied, “I was put in charge of a dirty business.”

Under intense cross examination Schumacher also acknowledged that not all the decisions regarding how to treat Americans with unreported accounts were made by Weil.There is no question that UBS bankers were complicit in the actions of many U.S. taxpayers who opened Swiss accounts in the hopes of evading U.S. taxes. There are several layers of management between those clients and senior executives like Weil.

Schumacher is expected to testify again today. The trial may continue for several weeks.

The Justice Department has made a concerted effort to go after those that helped Americans evade their tax obligations. Recent indictments have included individual bankers, lawyers, accountants and trust promoters. The government has also been targeting companies that help taxpayers create nominee entities, also called shell companies.

By targeting those that helped taxpayers open unreported accounts, the government hopes to send a strong message to other professionals that such behavior won’t be tolerated. More importantly, the government also hopes to get the names of their clients. To date, very few bankers and professionals have gone to trial. Most have cooperated and turned over client data. Raoul Weil is an exception.

If you have an unreported foreign account and have not filed one or more years of FBAR forms, time is running out. There is a streamlined reporting process that offers some breaks on penalties but those options are not available if the bank gets your name first from a cooperating bank, subpoena or cooperating bank official (like Hansruedi Schumacher).

Need more information? Give us a call. We offer no fee, no obligation initial consultations on a wide range of foreign reporting issues including FBAR filings, FATCA, the OVDI amnesty program and foreign gift reporting. For more information, contact attorney Bethany Canfield at or by telephone at (414) 223-0464. All inquiries protected by the attorney – client privilege.