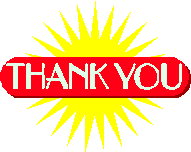 The results are in and they are fantastic. The U.S. Department of Justice collected $24,000,000,000.00 in FY 2014. (The government’s fiscal year ended on September 30th.) While some of that money represents criminal fines and forfeitures, much of it was generated by whistleblowers and the federal False Claims Act, a Civil War era law that allows private individuals with inside information about fraud against taxpayers to bring actions in the name of the government. Whistleblowers can receive up to 30% of whatever the government collects.

In releasing the figures, the Justice Department did not have a detailed breakdown. We know, however, that the bulk of the money came from JPMorgan Chase and Citigroup, two banks that were pursued by prosecutors under the False Claims Act and FIRREA, the Financial Institutions Reform Recovery and Enforcement Act. The latter law pays whistleblowers up to $1.6 million for information.

The only publicly available information on this summer’s $16.65 billion settlement with Bank of America suggests that any payments were made after the close of the fiscal year. Had that money been collected in FY 2014, the Justice Department would have easily broken all collections records. Just two years ago in FY 2012 collections were only half this year’s total.

Whistleblowers play a huge role in combating fraud and waste. Most whistleblower cases come from Medicare fraud where prosecutors have already successfully put 1000 people behind bars and collected billions. Other whistleblower cases under the False Claims Act involve defective mortgages, fraud against the TARP program, government contracts and the use of foreign steel and components in federal highway projects (bridges) and buildings.

Receiving a whistleblower isn’t all that difficult but the steps need to be followed precisely. Picking up the phone and calling a toll free fraud hotline will not get you an award. To qualify for compensation under the False Claims Act, one must have original source information about a fraud to the government or a government funded program. The whistleblower must then file a sealed complaint in a federal court. That means having an experienced whistleblower lawyer.

We anticipate that whistleblowers will receive over $1 billion in the upcoming months. Some individuals have received over $100 million. Think you know something about fraud? Call us. Our job is to get whistleblowers the maximum possible award while protecting them from retaliation. Need more information? Contact attorney Brian Mahany at or by telephone at (414) 704-6731 (direct). All inquiries kept in strict confidence.