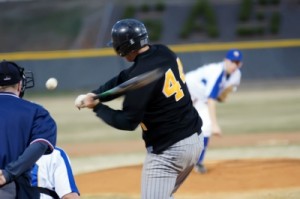 Playing for the Yankees Instead of the Diamondbacks Will Cost Masahiro Tanaka an Extra $12 Million in Taxes!

Two weeks ago, the baseball world was abuzz when the New York Yankees announced they had signed pitcher Masahiro Tanaka for a 7 year deal worth $155,000,000.00. Is any pitcher worth that kind of money? Sports fans may soon get the answer with opening day just 2 months away. While the size of Tanaka’s paycheck is incredible, he is actually giving up millions by playing for a New York team.

Why? Because New York state is a high tax state and New York City is one of the few cities nationwide that imposes an income tax. Besides New York, Tanaka was also courted by the Arizona Diamondbacks. Had he signed up there, Tanaka would have saved approximately 10 – 12 million dollars in taxes!

We have long known that businesses will sometimes move their entire headquarters just to locate in a low tax state. Entertainers, entrepreneurs and athletes sometimes do so as well, although the practice is very rare with athletes.

Depending on the sport, states like Washington, Texas, Florida and Tennessee have an advantage because they do not levy an income tax. Just about city has a second financial advantage over New York teams because New York City has an income tax. (Sorry fans in Baltimore, Kansas City, Cleveland, Cincinnati, Philadelphia, Pittsburgh, St. Louis and Detroit; you also have municipal income taxes.)

While taxes shouldn’t drive where an athlete plays, we suspect in close calls, some players have opted for a contract in a low tax jurisdiction.

The disparities between state and local taxes has caused some business folks to relocate. While the top tax rates between New York, New Jersey and Connecticut are pretty close, if you work in New York City plan on adding almost 4% to that rate. Earn a million dollars per year and in little over a decade the decision to work in NYC will cost you half a million dollars in extra taxes.

Tax rates don’t cause most people to decide which job offer to accept but ask any HR professional and you will learn that it is very important to some folks. This is especially true if one is offered a job in a no tax state and a place like New York City where state and local income taxes can exceed 12%. Corporate tax rates and property taxes have an even bigger impact on where businesses locate.

Planning a new career or trying to determine where to locate your business? Don’t forget taxes!

About the author. Brian Mahany is a tax attorney and principal at Mahany & Ertl, a boutique tax controversy and tax planning firm. Brian can be reached at or by telephone at (414) 704-6731 (direct).