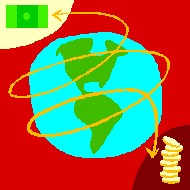 [Updated through December 2020] The world is becoming more transparent by the day. As more banks and governments exchange financial information, thousands of innocent folks are getting caught in government drag nets designed to identify those with unreported offshore accounts. Many, however, are not innocent.

Most folks with offshore accounts are dual nationals, foreign born Americans, expats living overseas or hard working Americans with legitimate offshore accounts. They haven’t complied with the IRS’ offshore reporting rules because they simply don’t understand the rules. The implementation of FATCA in the summer of 2104 means that millions have received notices from the IRS.

Many of these folks will receive very high penalties, especially if they attempt to navigate the complex world of offshore reporting on their own. The true tax evaders are not the people with a foreign account in their name (although they will be the first to get caught.) The problem lies with nominee accounts; accounts opened in the name of shell companies.

The popular British tabloid, The Daily Mail, editorialized about shell companies but offered few suggestions on how to combat the problem or even how widespread is the problem.

Shell companies don’t have to be offshore, however. One of the easiest countries to create nominee entities is the United States. Although incorporation laws vary by state, most require very little information to create a company and none require beneficial ownership information.

More information is needed to obtain a driver’s license than to create an LLC or corporation in the U.S.. Although the incorporator must be identified, subsequent directors and owners have no such requirements in most states.

Failure to file an FBAR form or properly report an offshore account can be a felony if willful. Statistically, few people get prosecuted for unreported offshore accounts. Combine unfiled FBAR forms and accounts in the name of shell companies, however, and the odds of prosecution increase exponentially.

It’s quite difficult for IRS agents to catch sophisticated tax evaders that use offshore constructs and shell companies. (If you are caught, however, the U.S. Sentencing Guidelines allow judges to tack on extra prison time for the use of “:sophisticated means” such as shell companies.)

A shell company may sound complex and exotic but most are not. In fact, by their very name they are empty shells. There is nothing inside, no office and no employees. If anything, they may have a bank account.

The International Consortium of Investigative Journalists says a single office building in the Cayman Islands is home to 19,000 shell companies. We know of one corporate service in Delaware that is home to thousands of companies.

Because catching tax evaders is difficult, Congress authorized the IRS to pay whistleblowers who come forward with inside information about tax evasion schemes.

If you have information about taxpayers hiding money in shell companies or hiding money offshore, you could be entitled to a reward. The IRS pays whistleblower rewards of between 10% and 30% of whatever they collect from tax cheats. In 2004, one lucky whistleblower was paid $104 million for reporting Swiss bank UBS. The whistleblower said the bank was aiding Americans who wanted to hide money from the IRS.

The IRS operates its whistleblower program on a first first to file basis. If you are sitting on the fence and someone blows the whistle first, it may be too late to collect a reward.

Although there is no guarantee that your identity will remain anonymous, in most instances the IRS will keep your name confidential. The exception is if the wrongdoer demands a trial and you are an essential witness.

For more information, contact us directly. All inquiries are protected by the attorney client privilege and kept confidential. Attorney Brian Mahany and the entire IRS whistleblower team can be reached online, by email or by phone at 202-800-9791. Cases are accepted worldwide. There is no requirement that you be a US citizen to collect a reward.