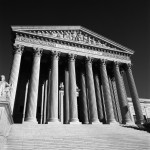 Are Tax Evasion Prosecutions in Detroit Tainted by Race?

Wayne County, Michigan is the home of Detroit, the state’s largest city. In recent years, the city and county have suffered greatly. There is Detroit’s historic 15 month bankruptcy, the erosion of its tax base, declining population and the highest murder rate in the country. What the community doesn’t need is its elected county clerk calling the tax evasion prosecution of activist Robert Davis racially motivated.

As I write this post from Detroit, today’s edition of The Detroit News claims that Wayne County Clerk Cathy Garrett says Davis’ prosecution was motivated by race. Although Davis was fired in September after pleading guilty to federal charges, prosecutors say that Garrett recently told a Department of Labor investigator that Davis’ legal problems reflect “what a black man in Detroit is up against.”

Davis was charged in 2012 with a 16 count indictment claiming he stole $125,000 from the Highland Park school system where he served on the board of education. He was also charged with filing false tax returns for several years. In September, Davis entered into a plea agreement calling for one count of theft from a federally insured program (the school receives federal funds) and one count of filing a false income tax return. He faces 13 years in prison when sentenced.

In a bizarre twist, Davis has filed a post conviction motion disputing that he abused a position of public trust. The indictment claims Davis submitted false invoices for services to the school and then laundered the proceeds and deposited the money in his personal account. The FBI says he used the school’s money to go on an $84,000 spending spree.

Because he was a school board member at the time of the offense, the government believes the court should consider that fact at sentencing.

Davis is also trying to get back his job at the American Federation of State, County and Municipal Employees. He was fired after pleading guilty to the federal charges in September.

Frankly, we are baffled why a public figure facing 13 years in prison is trying to argue that he didn’t abuse a position of public trust. Acceptance of responsibility goes along way at sentencing. Especially in public misconduct and tax evasion related cases. Although he pleaded guilty, Davis’ recent actions may serve to enhance his sentence, not help.

Wayne County Clerk Cathy Garrett’s use of the race card isn’t likely to help either. While Davis is trying to avoid jail, former Detroit mayor Kwame Kilpatrick last month told a federal appeals court that he was wrongfully convicted and that he had bad lawyers. The folks I spoke with in Detroit tonight tell me that black or white; the city is tired of corrupt politicians.

Detroit has finally emerged from bankruptcy and has the unique opportunity to rebuild. Politicians like Garrett shouldn’t try to play the race card, especially in a case where the defendant admitted his guilt and pleaded guilty to stealing from impoverished school kids. According to the 2010 census, a whopping 47% of the kids in Highland Park were below the federal poverty line.

Tax evasion and theft from schools takes away from the people who need the money most. The census says that 93% of the city is African American. Perhaps the prosecution of Davis was racially motivated. In a good way. He stole from people who really needed the money.

This isn’t our ordinary type of blog post. As lawyers, we represent people anywhere in the United States charged with tax evasion and similar crimes. Originally, I wrote the post to warn of the risks a convicted defendant faces when acting like a person who doesn’t accept responsibility for his actions. If one pleads guilty to a crime in the hopes of receiving a lesser sentence, one needs to show remorse and acceptance of responsibility.

As I researched the Davis case and talked to folks in community, however, I noticed that some well meaning community leaders are claiming race is an issue in Davis’ prosecution (Davis is African American) instead of claiming race being an issue with his victims.

Race has no business in politics or criminal prosecutions. Unfortunately, our society is far from perfect and race sometimes does rear its ugly head. This isn’t one of those cases and Robert Davis should start acting like a man truly sorry for his actions. It is the best hope he has for avoiding a lengthy prison sentence.

Accused of tax evasion, not filing returns, conspiracy to defraud the government or money laundering? Give us a call. Our criminal tax lawyers know when and how to fight hard. If guilty of a tax crime, we also know how to obtain a fair sentence and the best ways to avoid lengthy prison terms. For more information, contact attorney Brian Mahany at or by telephone at (414) 704-6731 (direct). All inquiries protected by the attorney – client privilege.

We first began writing about Wedbush Securities in 2011. Back then, a headline indicating that Wedbush was ordered to pay … END_OF_DOCUMENT_TOKEN_TO_BE_REPLACED