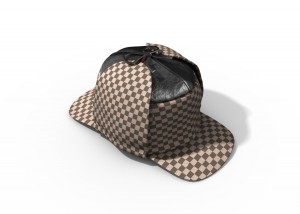 Once upon a time, Sawtantar Singh Jaspal of Tracy, California had a great job as a manager of Dorfman-Pacific, a wholesale hat maker. Jaspal apparently wasn’t satisfied with his salary so he decided to embezzle $277,079.81 from the company according to charges filed by the San Joaquin District Attorney’s Office.

Cops arrested Jamal at his home last June and charged him with the theft.  Cops say he created a fake vendor and then submitted falsified invoices to the company for payment. We wouldn’t be writing about Jaspal if this was all there was to the story.

Learning of the embezzlement charges, the California Franchise Tax Board stepped in and decided that Jaspal didn’t pay tax on the money he allegedly stole.  Many folks don’t realize that proceeds of crime are taxable.

State investigators have now jumped into the fray and added felony tax evasion charges. They say Jaspal should have paid $13,947 in taxes on the money he is accused of stealing. With interest and penalties, they claim he owes $119,391!

How can the amount increase so dramatically? Fraud penalties alone can nearly double one’s tax bills. Add other penalties – the state and IRS can layer penalties – and the amount adds up. Some states allow tax authorities to assess the cost of investigation as well.

The IRS has not weighed in yet but typically, they will follow state action with their own assessment and penalties. A news report quotes a state deputy district attorney as saying, “The two governments communicate electronically. Tax assessments in one system notifies the other.”

State revenue agencies and the IRS have shared information electronically for years. Thousands of folks are caught annually after filing a return with the feds but not the state or vice versa. Electronic data systems compare addresses on returns to make sure, for example, that a person filing a federal return with a Rhode Island address also filed a state return.

The obvious take away is “crime doesn’t pay.” Looking deeper, however, there is a real need to have a good lawyer on board to keep a bad situation from getting much worse.  The emergence of “big data” makes the potential tax fall out from any criminal activity a real threat.