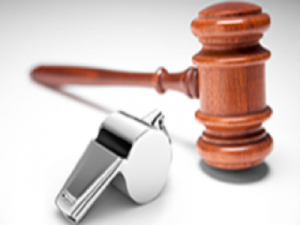 The IRS whistleblower program has been around for almost as long as the federal income tax. In 2007, Congress put real teeth in the law and provided whistleblowers more rights in big cases. Recently the U.S. Tax Court had the opportunity to address the ability of whistleblowers to challenge the amount of the their award when the IRS claims the recovery of tax is less than $2 million.

To understand this post and the court’s decision, some basic knowledge of the IRS Whistleblower law is necessary. Section 7623(a) of the tax code has long given the IRS the authority to make discretionary awards to whistleblowers that report taxpayers not properly reporting or paying federal taxes. In 2007, section 7623(b) became effective. That provision said in certain circumstances, whistleblowers were entitled to mandatory awards of 15 to 30% of whatever tax, interest and penalties were collected by the IRS. One of those circumstances includes when the target’s “gross income exceeds $ 200,000 for any taxable year subject to such action, and if the tax, penalties, interest, additions to tax, and additional amounts in dispute exceed $2,000,000.”

When recoveries meet the threshold, whistleblowers are entitled not only to a mandatory award but have the opportunity to appeal to U.S. Tax Court if they believe the award is too small.

The IRS claimed that under its whistleblower program rules, Lippolis was not allowed to challenge the award because it was a discretionary award. The government asked the court to dismiss Lippolis’ challenge saying that he failed to meet the $2 million collection threshold.

In a case of first impression, the court denied the IRS’ motion to dismiss. Because taxes are by their very nature confidential, a whistleblower would never know just how much the government collected. Instead, the whistleblower would simply have to trust the IRS’ collection calculation.

The Tax Court ruled that the IRS has the burden of proof of showing that it didn’t collect more than $2 million. Only if it proves the threshold was not met will the court dismiss Lippolis’ petition.

The decision is considered a “win” for claimants participating in the IRS whistleblower program but will probably have little practical effect. Unless the IRS lies or makes a mistake about the amount it collected, the amount paid to whistleblowers won’t change. Still, it means that those who don’t trust the IRS’ math can get their day in court.

Mahany Law is a full service, national whistleblower law firm. We assist whistleblowers in IRS whistleblower cases as well as cases brought under the False Claims Act and FIRREA statutes. Think you have a claim? We can help. For more information contact attorney Brian Mahany at or by telephone at (414) 704-6731 (direct). All inquiries kept in strict confidence. We also invite you to visit our IRS whistleblower information page.