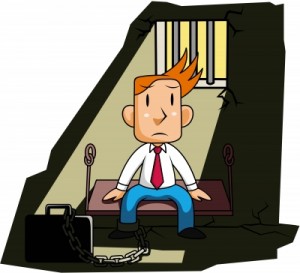 April 15th has come and gone, but the US Department of Justice and IRS are continuing to pursue Americans with unreported foreign bank accounts and those that assisted them. Last week, Joseph Dorig, a 72-year-old trust promoter from Switzerland, pleaded guilty to conspiracy to defraud the IRS. Prosecutors say that he helped Americans open Swiss bank accounts and avoid taxes.

Opening an account in Switzerland is completely legal as long as the taxpayer files an FBAR form (Foreign Bank Account Report) each year and reports the account on income tax returns.  Using an account to evade taxes is a felony, however.

Federal law requires taxpayers to report offshore accounts with an aggregate value of over $10,000. Many people and businesses do but the IRS believes millions do not. While some taxpayers open offshore accounts in an effort to commit tax evasion, many others simply don’t understand their reporting responsibilities.

According to the IRS, Joseph Dorig deliberately helped Americans to evade taxes. For several decades, Dorig worked for a major Swiss bank. (The indictment does not identify the bank but it is widely believed to be Credit Suisse, a bank that has it own criminal problems with the IRS.) In 1997, Dorig opened his own trust company but continued to help Americans open accounts with the bank. Later in 2008 when the heat began to turn up for the Swiss banks, Dorig helped taxpayers move their accounts to Gibraltar.

What makes this case especially onerous was the use of fraudulent trusts and foundations to conceal the identities of the taxpayers. The IRS calls these phony accounts “nominee accounts.”

The prosecution of Swiss bankers, accountants, trust promoters and lawyers should concern U.S. taxpayers with unreported foreign accounts. Why? By focusing on banking gatekeepers, the IRS usually walks away with the names of dozens of Americans with unreported accounts. According to the Justice Department, Dorig had created over 100 “trusts” with Swiss accounts.

In the words of the head of the IRS Criminal Investigation Division, Richard Weber, “[The] IRS is proud to have shared our hallmark expertise in following the money trail in [the Dorig case] and other increasingly sophisticated criminal schemes.”

What are the takeaways from this case?

One, the IRS is focusing on the bankers and other enablers who help Americans set up accounts. Most of these folks will quickly turn over their client lists in return for a lower sentence.

Two, using nominee accounts is a giant red flag for the IRS. Even if all of Dorig’s US customers don’t get caught, all face potentially crippling civil penalties. Those penalties are up to the greater of $100,000 or 50% of the highest historical balance of each unreported account.

Three, trying to move money from one so-called tax haven to another is another red flag for the IRS.

Dorig’s sentencing is scheduled for later this year. It may be delayed as he is expected to cooperate with the feds.

Taxpayers with unreported foreign accounts and unfiled FBARs should act immediately. There is an amnesty program that includes a get-out-of-jail free card but amnesty is only available if you get to the IRS before they obtain your name from a foreign bank or banker.

Need more information? Contact an experienced IRS tax attorney at Mahany & Ertl today. From tax evasion to unfiled FBARs, we can help. In many instances, our services are provided on a flat fee basis. Contact attorney Bethany Canfield at or by telephone at (414) 223-0464 for unfiled FBARs or attorney Brian Mahany at or at (414) 704-6731 for tax evasion matters. All inquiries are kept in strict confidence.

[Originally posted in October 2010, now updated through 2020.] (Editors note: One of the best investigative journalists in … END_OF_DOCUMENT_TOKEN_TO_BE_REPLACED