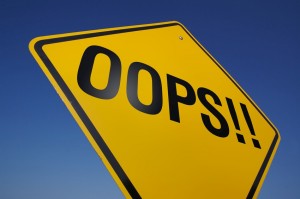 Being a revenue agent isn’t a fun job. Trust me, I know first hand. No one likes a visit from the “tax man” and very rarely do revenue agents tell folks they will be receiving a big check in the mail because of a mistake made on their return. It’s usually the opposite. Long days of number crunching and less then happy clientele are the norm. But death threats?

At trial, prosecutors say that Calcione was upset that an audit suggested he owed an additional $330,000 in taxes. In a fit of rage, Calcione called the agent and threatened to show up at the agent’s home and torture the agent, then rape and kill his wife and injure his daughter while the agent watched, before killing the agent. Later Calcione called back and asked the agent to disregard the first message which he said was left in error.

The initial call lasted over 3 minutes and contained numerous threats. Court records reveal the following snippet of the call: “I’m just going to show up where you live. Hmm, and that’s a promise, man. It’s not a threat. I will just show up where you live, and then, it will be the end of it, like that. Huh? Hmm, I’m just right up the street, mother fucker, anytime you’re ready. Yeah … hmm, hmm. Security? Hmm (laughs). This ain’t Fisher Karate, karate, Jiu-Jitsu, fucking kick boxing, or whatever. I have no problem fucking blowing your brains … no … I won’t even think twice about it. Matter of fact, I’d shoot you in the fucking knee caps, tie you to a fucking chair, gag ya … and then fuck your wife in front of ya, and then blow her fucking brains out in front of ya and maybe kill your fucking kid and then maybe [inaudible]. So you can deal with that.”

A second message left by Calcione requested that Calcione disregard the first message, which Calcione said was left in error.

Prosecutors were able to establish that both calls came from a cell phone belonging to Calcione’s wife. The agent also recognized Calcione’s voice.

What’s really bizarre is Calcione’s explanation for the call. He told IRS special agents that the call was intended for his ex-wife who was apparently seeking increased child support. When cautioned that threatening family members was also a crime, Calcione changed his story and claimed he was merely talking out loud in his car and must have accidentally activated his phone’s hands free calling feature.

Although some of the record is sealed, what is public suggests that Calcione may have tried to claim an anxiety disorder as a reason for his bizarre behavior. If true, he will have plenty of time to meditate while in prison.

Court records reveal that prior to this offense, Calcione ran a successful financial services business and had no criminal record.

Hat tip to Michael Cohn at AccountingToday for first breaking this story!

[This is one of a series of GPB Posts. Please see our cornerstone on GPB Fraud and How to Get Back Your Investment and our … END_OF_DOCUMENT_TOKEN_TO_BE_REPLACED