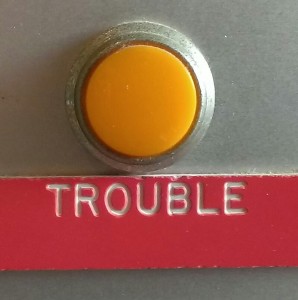 Ocwen Financial Corp, the largest non-bank mortgage servicer in the United States, is once again in trouble. The company’s legal woes seem to deepen so fast that even journalists have problems keeping up. Yesterday, Joseph Smith, the monitor appointed in the wake of a 2012 national settlement with federal and state officials, claimed that the company might be violating the terms of that settlement. He expressed “serious” concerns that Ocwen’s management may be meddling with a mandated independent internal compliance process.

Smith’s claims were initially raised by an employee whistleblower.

In 2012, federal and state regulators entered into a global settlement with Bank of America, J.P. Morgan Chase, Citigroup, Wells Fargo and Ally. Ally’s mortgage subsidiary subsequently went bankrupt and Ocwen acquired parts of its assets. The cost of that settlement was estimated to be $25 billion.

Last year Ocwen entered into its own, separate settlement with regulators. The settlements concerned foreclosure procedures on residential properties. Regulators and homeowners have long complained of poor customer service, inaccurate or missing documents and servicers that won’t answer calls or provide information.

Smith says he is withholding a final report while he and the monitoring committee wait for an independent audit report. Smith hired an outside accounting firm to perform the audit. Ocwen had been self monitoring using an internal review committee to insure compliance with the settlement. Smith said yesterday of the internal review process, “We have discovered issues—serious issues. They have taken steps to correct it. We are doing tests now to determine whether additional work needs to be done.”

Smith also praised the unnamed employee whistleblower that first reported concerns about noncompliance with the settlement agreement. “I appreciate this whistleblower’s integrity,” he said.

The newest problems appear to be centered on the internal committee that was created to comply with the settlement. Smith believes that it may not truly be independent and that company management may be interfering with the committee’s actions. If true, that would be a violation of the national settlement.

Press reports say that Ocwen released a statement saying it was cooperating and was supportive of the monitor’s efforts.

We believe that Ocwen Financial , and many other bank and non-bank servicers, continues to cut corners. That’s bad news for homeowners and bad news for taxpayers. Many homeowners facing default can remain in their homes with just a little bit of assistance. Congress recognized that and created mortgage modification programs such as HAMP. Those programs require the assistance of banks and servicers, however. Ask anyone who has tried to work with their lender in an effort to save their home and they are likely to share unbelievable horror stories.

When a loan is foreclosed, chances are good that taxpayers foot the bill. Why? Because most residential mortgage loans are backed by Freddie Mac, the FHA or Fannie Mae and all three receive federal funding. It’s often better to modify a mortgage than have another foreclosed home on the market and an another displaced family

We believe there is still significant wrongdoing taking place within Ocwen Financial and by the other servicers too. In October, the New York State banking superintendent accused Ocwen of backdating letters to borrowers that contained critical information about loan modifications. By the time the borrowers received the letters, it was too late to act.

If you have inside, original source information about fraud involving a federal program or federal funds, we want to speak with you. We are currently investigating potential cases against Ocwen and Bank of America involving loan servicing. Think you may wish to become a whistleblower? Give us a call.

May 2017 – We are currently considering multiple class action lawsuits against Ocwen. Visit the link above for more information.

For more information, contact attorney Brian Mahany at or by telephone at (414) 223-0464. All inquiries are protected by the attorney – client privilege and kept in confidence.