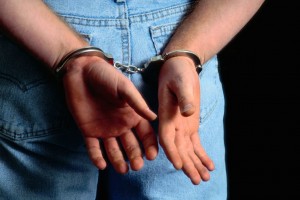 A Westchester, New York man was arrested and charged with tax fraud and other crimes in connection with a sophisticated mortgage scam that allowed him to obtain $146 million from 3 banks. Published reports say that Selim Zherka was charged with tax fraud, wire fraud, witness tampering and bank fraud. Because one of the banks allegedly defrauded, North Fork Bank, was later purchased by a TARP recipient, the Special Inspector General of the Troubled Asset Relief Program (SIGTARP) helped lead the investigation.

Readers of this blog know that Congress created TARP after a series of bank failures threatened the nation’s financial systems. Banks were able to borrow money from the government at favorable terms. Because taxpayer monies were used to prop up the bank that acquired North Fork Bank, the alleged fraud is considered a fraud against the TARP program and is a felony.

Zherka is being prosecuted in the Southern District of New York. There are at least 20 complaints filed in state and federal court naming Zherka. At this writing, it does not appear the indictment has been unsealed or made available. Press statements from TARP, the Justice Department, FBI and IRS give a good picture of what happened, however.

The $36.5 million obtained from a TARP backed bank is just a drop in the bucket. The indictment says he obtained in excess of $146 million in loans from North Fork Bank (now Capital One), Sovereign Bank (now Santander), and Signature Bank by lying about the purchase prices of the real estate he was acquiring, the amount of the down payments he was making toward the purchases in question, his assets, his income, his tax returns. In other words, he lied about everything. (In the words of New York’s FBI Director, George Venizelos, “Zherka’s web of deception knew few bounds.”

As noted earlier, Zherka is also facing tax fraud charges. The indictment claims that for 10 years, he lied to the IRS and overstated depreciation and understated capital gains. As we have previously noted, prosecutors are increasingly working with the IRS and adding tax fraud charges in major white collar crime cases. Acting IRS Special Agent in Charge Kitchen said: “The Internal Revenue Service is committed to ensuring that everyone pays their fair share of taxes. The public should not have to pick up the tab for those who willfully choose to not file correct and accurate returns.”

Although we haven’t seen the actual indictment yet, the bank fraud charges alone could put Zherka behind bars for decades. Add tax fraud and witness tampering and Zherka may be in prison for a long time.