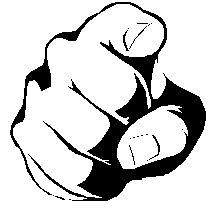 There is a New Sheriff In Town – YOU (Whistleblowers Post)

Healthcare fraud has become so rampant that earlier this year the Centers for Medicare and Medicaid Services (“CMS”) announced that it had to impose a moratorium on new healthcare providers in certain markets. It was the second time regulators became so concerned with fraud that they had to resort to such a drastic remedy.

A moratorium is bad for patients and horrible for legitimate healthcare providers who provide much needed services. Because the moratorium was aimed at Medicare providers, it means possible delays in services to the elderly and younger people with disabilities.

Why the moratorium? Fraud!

In 2013, the feds imposed a moratorium on new provider registrations for certain healthcare professionals located in Chicago and Miami. Earlier this year, the bans were extended to additional providers in Florida, Michigan, Pennsylvania and Texas. Major cities affected include Ft. Lauderdale, Detroit, Houston, Dallas and Philadelphia.

Since 2007, a federal task force called HEAT has indicted over 1000 people for Medicare fraud. Many of those folks were turned in by whistleblowers. Even though hundreds of dishonest doctors, clinic operators, patient recruiters and pharmacists were sent to prison, the wave of fraud continues. When one clinic shuts down, another opens it doors. In some cases, providers that are shutdown by CMS simply obtain a new provider number and open up in the same location. The only thing that changes is the sign on the door.

Who can stop this wave of fraud? You.

Whistleblowers are the primary tool in the fight against Medicare and Medicaid fraud. Under a Civil War era law called the federal False Claims Act, whistleblowers that have inside information about fraud involving public funds are entitled to a hefty award, usually 15 to 20% of whatever the government collects. Since the government can collect triple and other enhanced damages, awards can be huge. It isn’t uncommon to see whistleblowers walk away with awards exceeding $1 million.

What does a whistleblower need? Three things. 1) Original source, inside information about a 2) fraud involving a government funded program. To qualify for an award, whistleblowers must file a lawsuit in a federal court. The complaint is filed under seal meaning it remains secret until investigated by the Justice Department. To best insure receiving an award, having a great whistleblower lawyer is important.

Think you have information about healthcare fraud? We want to talk to you. Our whistleblower lawyers have brought several, billion dollar cases. While most cases are much smaller, we know how to successfully investigate these cases and get our clients the highest possible awards. For more information, contact attorney Brian Mahany at or by telephone at (414) 704-6731 (direct). All inquiries are kept in complete confidence and protected by the attorney – client privilege.