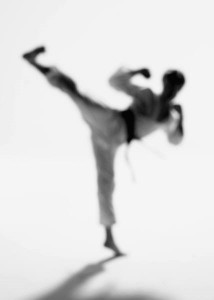 Millionaire “Ninja” Not Invisible, Heads to Prison for Tax Evasion

People make mistakes. Although its common for street criminals to have lengthy rap sheets, once convicted millionaire tax cheats rarely commit new tax crimes. A short stint in the “Gray Bar Hotel” and most don’t want to come back. Evidently William Medlin needs a refresher course.

According to published reports, Medlin, age 70, is headed back to prison for 30 months after prosecutors say he attempted to hide 7.5 million in income from the IRS and failed to file a tax return. Oops.

Medlin is a colorful guy. There are press reports galore about the man. At one time he was though to own one of the top collections of Ferraris in the world. The IRS seized two rare Ferrari’s worth up to $20 million in 1990.

Did that get Medlin’s attention? No.

In 1997 he was sentenced to 5 months in prison on a criminal tax case. Although court records are not available for that far back, the docket sheet obtained from the court suggests that he was convicted of a felony.

Now, almost two decades later he is back in the spotlight again. His third time.

This month Medlin pleaded guilty to tax evasion for hiding money on his 2003 return. To hide the profits from a landfill owned by Medlin, prosecutors say he used a series of nominee companies to hide the trail of money. Ironically, one of those businesses was appropriately named Ninja Investments Ltd.

If there is another side of this story, we are frankly puzzled to know what it is. A man that can afford not one but two rare Ferraris each worth $10,000,000 but doesn’t pay a million in taxes? Three times Medlin has tried to outsmart the IRS and three times he lost.

We assume that Medlin is a fairly bright guy. Most multimillionaires achieved their success from hard work and being bright. How he finds himself in jail again remains a mystery.

The take away from this story is easy. Betting against the IRS isn’t a bright move. Although the agency is often slow, IRS agents have a big toolbox of enforcement, collection and investigative tools at their disposal. Get caught once and you should expect to remain under close scrutiny for years to come. Unfortunately for Walter Medlin, that knowledge came too late.

Facing an audit or criminal investigation by the IRS or state revenue department? Don’t take on the government by yourself. Seek an experienced IRS tax lawyer that knows the system and how to best protect your rights. For more information, contact attorney Brian Mahany at or by telephone at (414) 704-6731 (direct). All inquiries kept in confidence.

I live and work in Texas. This is cattle country. As beef prices soared in supermarkets, the ranchers I spoke with says they … END_OF_DOCUMENT_TOKEN_TO_BE_REPLACED