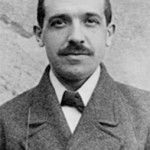 There has been lots of press about suspected Ponzi schemer Nikolai Battoo – and none of good f0r investors.  The SEC spent a year trying to track him down; right now he is believed to be hiding in Switzerland. People that we have interviewed say he is still living the good life while hundreds of his victims were left financially devastated. It is a familiar theme in these cases – fraudster hides when the scheme collapses, the government or court appoints a receiver and after years of waiting, victims are “thankful” to get back anything. Unfortunately, the fate of victims of Battoo’s BC Capital Group is now in question.

There are two sets of receivers seeking assets of Battoo and his cohort, Tracy Sunderlage. A federal judge in Chicago has appointed one receiver while a court in the Bahamas has appointed liquidators. The two have similar responsibilities but represent different classes of victims. Funds raised by Nikolai Battoo typically were invested in one of several entities, BC Capital Group, PIWM (Private International Wealth Management) or Maven. Maven is typically associated with insurance investment and bogus welfare benefit plans.

Having two sets of receivers has complicated matters. Very few assets have been identified and both sides claim the little money that has been found. Now the BC Capital Group liquidators, PricewaterhouseCoopers (PwC) claim they don’t even have enough money to keep investigating.

Typically, in the United States, receivers are paid from what they collect. The Bahamian liquidators, however, say there isn’t enough money to keep going. In a report to the court, they said investigations would come to a “halt” without getting money from the creditors. For many of those creditors, however, the thought must be crossing their mind that they could be losing even more money if the efforts aren’t fruitful.

A Bahamian media outlet, Tribune Media, says: “In sum, Messrs Cambridge and Seymour [the PwC liquidators]have made little progress in recovering assets in the six months since their October 2013 report, and are warning that potential sources of recovery… may elude them without financial support from BC Capital’s creditors.”  Clearly terrible news for victims.

Incredibly we still talk to victims who have potential claims against others responsible for their losses yet cling to the hope that the receivers will find the millions taken by Battoo. That’s highly unlikely. According to one analysis filed with the the court, for every dollar “invested” with Nikolai Battoo, just $38 was actually invested.

Where is the rest of the money? To date many smart lawyers and receivers have not been able to figure that out.

In our opinion and experience, investors will receive little from the court. Those who made their investments directly through Tracy Sunderlage or Nikolai Battoo will face more difficulties while those who purchased through an insurance agent or stockbroker might fare much better.

Why the difference?  Stockbrokers and insurance agents have a legal duty to understand their clients needs, to understand the products they are marketing and in the case of stockbrokers, conduct due diligence on what they sell. Obviously, that didn’t happen here.

We have teamed up with attorney John Chapman and Chapman Law to pursue cases against those who sold investments in PIWM, Maven or BC Capital. If you purchased through a broker or investment adviser, contact John directly at 877-410-8172. Purchase through a stockbroker or accountant? Contact attorney Brian Mahany at or by telephone at (414) 704-6731.