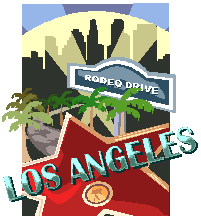 Lifestyles of the Rich and Arrogant (Tax Evasion Post)

By all accounts, Tanya Marchiol was a very successful businesswoman. A real estate investment mogul, author, TV personality and adviser to the rich and famous. Sounds like a great story but the feds say she committed tax evasion and helped two drug dealers launder money. Now she faces years in prison.

Court records reveal that Marchiol pleaded guilty to 3 misdemeanor counts of failure to file a tax return but indicated she would contest the remaining money laundering charges. The trial on those charges began yesterday.

According to the indictment, Marchiol has a long history of not filing tax returns. Prosecutors say she never filed a return in 1998 and 2001. The IRS filed substitutes for returns for her in 2002 and 2004. She never filed returns between 2005 and 2009. Apparently while not filing tax returns she bragged about her high income during a 2012 media interview. She also filled out a loan application in 2008 claiming $1.2 million in income.

Her real problems began when she allegedly agreed to help two drug dealers facilitate the purchase of a home. Prosecutors say that Marchiol helped the men launder cash and then purchased the house in the name of a corporation she created and filled out paperwork making it look like the men were renting the home from her company.

Until the indictment, Marchiol billed herself as “real estate guru” and counted many celebrities and professional athletes as clients. Amazingly, notwithstanding the tax evasion claims, her website still has a YouTube video posted where Marchiol suggests that “those that are trying to be wealthy” go out and make money, pay their taxes and then invest and spend whatever is left. She claims the better method is to run our lives “like corporations.” She says those folks “make money, spend money and pay taxes on what is left over.”

Obviously, Ms. Marchiol drank the proverbial Kool-Aid and began to believe her own nonsense. Luckily for her, the tax charges against her are misdemeanors and only include 3 years of missing returns. When sentenced next year she faces 3 years on the tax charges.  The more serious money laundering charges should be resolved in the next week or so.

The lessons from this story are many.

First, don’t brag about not paying taxes. The only thing that will get you on the IRS’ radar faster than arrogance is on-air, media displays of arrogance.

Tax evasion takes many forms. Simple failure to file returns is a misdemeanor punishable by up to 1 year. File a false return and you could be sent to prison for 3 years. Commit some type of affirmative act of tax evasion and the sentence could be 5 years.

The IRS tax lawyers at Mahany & Ertl can help with a wide variety of tax matters including tax evasion and other criminal tax problems. For more information, contact attorney Brian Mahany at or by telephone at (414) 704-6731 (direct). All inquiries protected by the attorney – client privilege and kept in strict confidence.