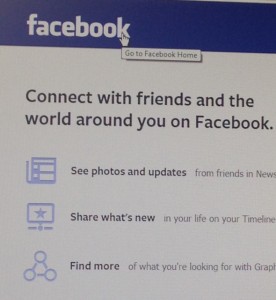 On the Lam for 21 Years, Tax Fraud Suspect Heads to Prison

Francisco Legaspi was indicted in 1992 on three counts of aiding and assisting in the preparation of false tax returns. Three months later he pleaded guilty and agreed to come back to court in January 1993. 21 years later, he finally appeared after being arrested by Royal Canadian Mounted Police in Canada.

Where was Legaspi for the last 21 years? According to the U.S. Justice Department, he was hiding!

An IRS agent met with Legaspi the day prior to his sentencing in 1993. Legaspi knew about his court date, was free on bail and promised to appear. Instead, he fled to Mexico and later Canada.

Given an otherwise clean record, Legaspi was a good candidate for probation. At most, he was looking at a 6 month sentence. For reasons only known to him, however, he fled.

Prosecutors say Legaspi was caught because of a Facebook page. Although a fugitive, Legaspi posted photos and his whereabouts on Facebook. The US State Department discovered his Facebook profile then notified the RCMP. The mounties arrested him and turned him over to U.S. Marshal’s Service.

For his actions in fleeing, Legaspi picked up a separate charge of failure to appear, sometimes called bail jumping.

Although Legaspi was on the lam for 21 years, it took all of 14 minutes for a U.S. District Court judge in San Francisco to sentence him to 21 months in prison. Under federal law, the failure to appear charge will be served consecutively to his tax fraud charges.

The moral of the story? Sooner or later the feds will find you. Locating fugitive tax fraud suspects isn’t the number one priority of the U.S. Marshal Service but sooner or later, a records check or whistleblower will uncover your whereabouts. Spending a lifetime looking over your shoulder probably isn’t worth the effort. Once caught, invariably the sentence will be much longer and additional failure to appear charges are the norm.

If you are accused of tax fraud or other criminal conduct, find an experienced criminal tax attorney. Don’t take on the feds alone and don’t ever try to flee.

Accused of tax evasion, false returns, unfilled FBARs or conspiracy to defraud the IRS? Give us a call. For more information contact attorney Brian Mahany at or by telephone at (414) 704-6731 (direct). All inquiries kept in complete confidence.

[This is one of a series of GPB Posts. Please see our cornerstone on GPB Fraud and How to Get Back Your Investment and our … END_OF_DOCUMENT_TOKEN_TO_BE_REPLACED