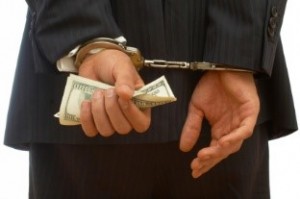 A federal jury in Houston, Texas convicted two men of 20 counts of Medicare fraud and conspiracy after a 7 day trial last month. Both men now face 200 years in prison when sentenced in early 2015.

Although Barson was the doctor, Juarez presented himself as a doctor and actually saw patients.  A federal magistrate judge ordered Juarez held without bail because he was a foreign national and had apparently been trouble previously for practicing without a license.

Prosecutors say in just two months the duo racked up over $2 million in Medicare billings. On just one day, the two men claimed to have treated or examined 156 patients.

In a rather unusual move, Dr. Barson claimed that he was the victim of identity theft and that he committed no crimes. He also said he had no idea of the fraudulent activity taking place.

He claims that as the clinic’s director, he only reviewed test results twice a month at the clinic. Juarez said that although he was impersonating a medical professional, he didn’t see billing files either.

Prosecutors claimed that Barson admitted to an FBI agent that he had suspicions and also admitted to signing blank forms and checks. Despite seeing large sums going through the clinic’s account and having suspicions, he never notified Medicare.

The jury didn’t see things their way, however, and convicted both on all counts of the indictment.

Both men filed appeals. Barson continued to claim that he was more of a victim and not a participant in the conspiracy. His appeal was denied.

In 2017 a three judge appeals court affirmed the convictions of Barson and Juarez. One of the judges, however, disagreed with how the court calculated the sentences. (The sentences were also affirmed by a 2-1 vote.)

After the conviction, the state revoked Barson’s medical license. As freshly graduated physician, Barson has paid a high price for his indiscretion. The job market for doctors with felony convictions and no ability to practice medicine is grim. And he still must pay restitution and we suspect huge student loans.

We call this case one of willful blindness. Even if Barson truly didn’t see the Medicare billings, one can’t be a clinic director and close their eyes to what is going on around them. If you sign on as the responsible physician for a clinic, you are responsible for what happens at the clinic. That Barson only went there twice a month didn’t impress the jury as an excuse.

This is a close case. Thats why we have juries. And after a 7 day trial and the ability to see the witnesses face to face, they convicted Juarez and Barson.

The Court of Appeals noted, “Barson made a number of unsuccessful attempts to reach the California doctor who reviewed ultrasounds for the clinic. Barson also realized in July that Shakbazyan [clinic owner] was lying about his identity. On August 4 a Medicare contractor in charge of waste, fraud and abuse opened an investigation into the clinic and tried unsuccessfully to contact Barson by phone…”

There were too many warning signs and Barson was allowing his license to be used for billing.

Some folks incorrectly believe that Medicare fraud is a victimless crime. Unfortunately some of the patients seeking help never even saw a real doctor. The doctor, and his clinic director, were obviously more interested in making money than helping cure sick patients.

Medicare fraud is a multibillion dollar industry. The FBI arrests and prosecutes new schemes every week yet the fraud continues. The best lines of defense against these schemes, however, are concerned healthcare workers. Whistleblowers.

Under the federal False Claims Act and many state Medicare fraud laws, whistleblowers that report Medicare fraud can receive up to 30% of whatever the government collects from wrongdoers. To qualify, you must have original source information meaning the information you supply must not have been previously disclosed in court hearings or the press. (There are some limited exceptions.)

If you know of any healthcare providers or clinics using patient recruiters or paying cash to get patients to visit the clinic, there may well be fraud going on behind the scenes. Patient recruiters and Medicare fraud often go hand in hand.

We believe that whistleblowers are America’s true healthcare heroes and not only save taxpayers money but save lives too. This year the Justice Department and courts have paid out $435,000,000.00 in whistleblower awards under the False Claims Act. How can we help you collect the next award?

Need more information? Visit our Medicare fraud information page and our False Claims Act whistleblower pages. If you are ready to see if you qualify for a reward or have questions, contact attorney Brian Mahany at (414) 704-6731 (direct). All inquiries protected by the attorney – client privilege and kept in complete confidence.