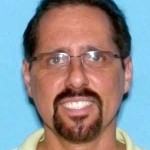 The IRS loves to audit folks who own their own small businesses. Why? Because they often deal in cash and keep two sets of books. Add in possible sales tax violations and state revenue department auditors are equally eager to look into small businesses. One such person who found that out is Philip Kossoy, a Freehold, New Jersey man. According to the New Jersey Attorney General’s Office, Kossoy is headed to prison for 364 days after being convicted of tax evasion. His crime? He grossly underreported revenue from his home cleaning business. By underestimating income, his tax bill was significantly less.

According to records obtained from the New Jersey Attorney General’s Office, Kossoy was sentenced on charges of theft by failure to make required disposition of property received and failure to pay taxes. Kossoy previously paid the state $1.1 million, including $900,000 in unpaid taxes, penalties and interest, plus a $200,000 anti-money laundering penalty. He forfeited $424,000 from bank accounts seized by the state, and paid the remaining $676,000 at the plea hearing.

Kossoy, who is 49, owns a mold remediation business. As part of his tax evasion scheme, Kossoy didn’t report cash transactions, allowed customers to make checks payable to him instead of his business and opened up an account using another person’s name. Cash businesses, altered checks and nominee accounts are huge red flags for tax auditors.

Now that we are entering tax season, we expect to see a big uptick in tax evasion cases making the news. The IRS often tries to schedule indictments, guilty pleas and sentencings to coincide with the 1040 filing season. The hope is that others will be deterred when they hear about jail sentences being meted out in tax evasion cases.

Of course, New Jersey officials were using Kossoy’s sentence to send a message to other business owners thinking about cheating on their taxes. “Tax fraud of this nature is nothing short of stealing from the state and its honest taxpayers, who then are forced to pay higher taxes to cover the deficit,” said New Jersey’s acting Attorney General Hoffman. “Through cases such as this one, we are sending a loud and clear message that business owners who cheat the state and fail to remit taxes will be prosecuted as criminals.”

“Would-be tax cheats have a simple choice: pay now or pay later, when you may face time behind bars as well as civil penalties,” said Director Elie Honig of the Division of Criminal Justice. “We are working closely with the Division of Taxation to detect and prosecute tax evaders.”

With statements like that we know that tax filing season has begun!

Notwithstanding the timing of many tax evasion stories, the message here is clear. If you have cut corners in recent years and want to come into compliance, there is no better time than the present. The IRS and most states operate on a first contact policy basis. That means if you come forward before getting caught, chances are good that you can avoid prosecution.

Already facing a tax audit? Then you need an experienced criminal tax attorney immediately. Revenue agents have wide discretion when determining which tax audits should remain civil and which should be referred for criminal prosecution. The longer you wait, the worst things become.

If you are under audit and have two sets of books, unreported cash, unfiled returns, or accounts created in phony names, seek a criminal tax attorney now. Don’t wait. It is easier to keep a case from being referred for prosecution than it is to get a criminal case dismissed. It’s much cheaper too.

The IRS attorneys at Mahany & Ertl have helped people allover the United States avoid prosecution. For more information, contact attorney Brian Mahany at  or by telephone at (414) 704-6731 (direct). All inquiries are kept in strict confidence and protected by the attorney-client privilege. Legal services provided nationwide.

Need more information? Our Due Diligence tax blog has over 1000 text searchable articles.

We first began writing about Wedbush Securities in 2011. Back then, a headline indicating that Wedbush was ordered to pay … END_OF_DOCUMENT_TOKEN_TO_BE_REPLACED