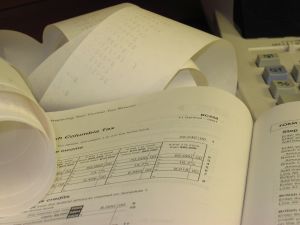 IRS Requires Filing of All Missing Returns As CDP Condition?

Clients often come to us after an IRS revenue officer is breathing down their necks. Even after liens are filed, taxpayers can seek a collection alternative through a Collection Due Process (CDP) request. In fact, that is when most new clients call an attorney or CPA. The accepted practice is that the IRS will entertain collection alternatives as long as the taxpayer is current with his or her return filings.

What does “current” mean with respect to filings? According to section 1.2.14.1.18 (5) of the Internal Revenue Manual, that generally means 6 years. The full  subsection says,

“Normally, application of the above criteria will result in enforcement of delinquency procedures for not more than six (6) years. Enforcement beyond such period will not be undertaken without prior managerial approval. Also, if delinquency procedures are not to be enforced for the full six year period of delinquency, prior managerial approval must be secured of the Internal Revenue Manual, it generally means the taxpayer must have the 6 most recent years returns filed.”

As noted in the Manual, the 6 year rule is a general rule. The ability of the IRS to go back even longer was recently addressed in a U.S. Tax Court case, Misty S. Doonis v. Commissioner, 2014-168.

Let’s look at some facts to better understand the decision.

Misty Doonis was a medical recruiter operating her own business. She fell behind several years on her tax obligations and owed both returns and taxes based on a substitute for return prepared by the IRS in two of the years where returns were missing. As is typical in these cases, IRS notices were mailed but ignored. Only after the IRS announced it was going to levy did Ms. Doonis file a CDP hearing request.

At the time of the CDP request, Doonis had not filed for tax years 2005 through 2011. The IRS had generated substituted returns for 2007 and 2008. The settlement officer refused to consider any alternatives, however, until all the missing returns were filed, including 2005 which was then 7 years delinquent.

Doonis filed all the missing returns beginning in 2006. She claimed she didn’t have the records for 2005 and that it was more han the 6 year practice observed by the IRS and codified in the Internal Revenue Manual. The settlement officer then refused any alternatives and said the IRS could levy. Doonis then appealed to U.S. Tax Court.

Doonis argued that the 2005 return was more than 6 years delinquent and under IRM 1.2.14.1.18, wasn’t necessary. The Tax Court disagreed, however, and noted the manual merely provides general guidance.

Doonis also argued that she could not file a 2005 return because she no longer had records. The court wasn’t sympathetic, however. Allowing people to avoid filing returns simply because they failed to keep records would essentially condone lazy taxpayers who fail to keep necessary records.

The takeaway from this case? Although the 6 year rule still applies in CDP hearings, the rule is only advisory. By the explicit terms of the manual, the IRS can go back more than 6 years with manager approval.

The case is also interesting because the court discussed two IRS rules that at first glance, appear to be contradictory. While IRM 1.2.14.1.18 says the general rule is to insure the 6 most recent year returns have been filed, a Treasury Department regulation,  Treas. Reg. 301.6320-1(d)(2), Q&A-D8; 301-6330-1(d)(2), Q&A-D8, says taxpayers must be in full compliance of their filing obligations if seeking an offer in compromise. That apparent conflict never was fully addressed by the court.

There is also still confusion within the IRS as to whether a substitute for returns constitutes a return for purposes of CDP alternatives including offers in compromise.

The Doonis decision answers some questions while leaving others for another day.

Our takeaway is that absent a hardship (remember, there are separate rules for those too), the IRS can require taxpayers to file returns that are more than 6 years delinquent before considering collection alternatives.

Have an IRS collection problem? Contact one of the tax lawyers at Mahany & Ertl for a no fee consultation. For more information, contact attorney Bethany Canfield at or by telephone at (414) 223-0464. The earlier you call, the more we can help.

Below is our latest investor fraud video, this one on GPB Capital. A full transcript follows along with a link to our GPB … END_OF_DOCUMENT_TOKEN_TO_BE_REPLACED