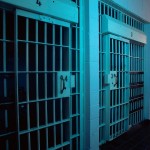 In just one year, David Ray, 55, of Fieldon, Illinois earned $2,669,013. Most people in the United States would love to earn that much. But Ray became greedy and reported just $42,000 of income on his return. Today, he is in prison where he will spend the next three years for tax evasion.

Court documents say that Ray built himself a huge mansion yet never reported the income needed to support such a home. According to the Justice Department, Ray used his employees to help construct the home but didn’t declare the value of their labor as income.

In announcing the conviction, U.S. Attorney Stephen Wigginton said, “In stealing from all of us by failing to pay his fair share of taxes, Ray not only ended up forfeiting his gun collection, but he forfeited his privilege to live in his mansion for the much harsher living conditions of federal prison.”

Ray was convicted of one count of tax evasion and one count of possession of firearms by a controlled substance user. Police found a large collection of guns and cocaine when executing a search warrant at Ray’s home. He was sentenced to 37 months in prison, three years of supervised release and must pay $1.273 million in restitution to the IRS.

Self employed business owners need be very careful and properly separate legitimate work expenses from taxable income. If you use employees to work on your home, for example, the value of that work is taxable income. Similarly, cars not used for work purposes should be considered income. While there is often some gray area, building a house worth over two millions and reporting almost no income simply doesn’t work.

Tax evasion is a felony punishable by up to 5 years in prison.

Under investigation for tax evasion, filing false tax returns or conspiracy to defraud the government? Don’t speak to an IRS agent without speaking to a criminal tax lawyer first. Even if you just receive an audit notice but know that you have substantial unreported income, speak to a lawyer as soon as possible. Many tax evasion prosecutions start out as simple audits.

For more information, contact attorney Brian Mahany at or by telephone at (414) 704-6731. All inquiries protected by the attorney-client privilege and kept in complete confidence.