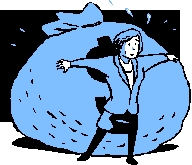 A Florida man was convicted of having unreported bank accounts in Israel and Switzerland.  Prosecutors claimed that Bernard Kramer of Delray Beach, Florida had hidden offshore accounts since 1987.

The IRS claimed that Kramer had accounts in Switzerland from 1987 through 2010. As US scrutiny of Swiss accounts intensified, Kramer moved his accounts to Israel. The criminal complaint against Kramer does not name the bank but some believe it is Bank Mizrachi.

The government says that both offshore banks conspired with Kramer to hide the accounts. When Kramer needed money from his Swiss accounts, the bank would send him checks under $10,000 to avoid detection.

Kramer’s accounts totaled approximately $1.1million meaning he faces civil penalties of at least $550,000 which are in addition to any criminal sanction imposed.  He faces 8 years in prison when sentenced later this year.

Prosecutors have ramped up their investigations of banks in Switzerland and Israel as well as many other countries. New legislation now makes offshore banks report account holders with U.S. ties. If the government finds your account first, prison and huge penalties are a real possibility.

The IRS’ 2014 Offshore Voluntary Disclosure Program offers lower penalties but with a catch. To qualify, you must enter the program before the IRS finds your account. With many banks now cooperating with the United States, that window is quickly closing.

If you have unreported offshore accounts – including bank, brokerage, precious metals or cash value life insurance – speak with an experienced tax lawyer immediately.

Need more information? Talk with an experienced FBAR lawyer from Mahany & Ertl today. FBARs, amnesty and all offshore reporting questions… we can help. In many instances, we can offer flat fees for our services. Contact attorney Bethany Canfield at or by telephone at (414) 223-0464. All inquiries are protected by the attorney – client privilege.