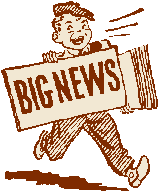 September 2008. The housing and financial markets were in a tailspin. Lehman Brothers had just filed for bankruptcy. In a month, the government would be doling out tens of billions of dollars to troubled banks through the TARP program. In certain ways, we have come along way but in others respects, it is still business as usual.

This week Attorney General Eric Holder gave a speech at New York University Law School. During that speech he discussed the meltdown and said it was “the culmination of a period of deregulation, excessive risk-taking, questionable lending practices, and defective underwriting that heralded the worst financial crisis since the Great Depression.” He is absolutely correct.

Holder credits whistleblowers for helping recover billions from banks and financial companies that defrauded our nation and each of us as taxpayers. More importantly, he says that the Justice Department continues to actively pursue banks that violate our laws. And that is great news for whistleblowers.

After the recent record breaking settlement against Bank of America of almost $17 billion, some media commentators said this was the end of the big whistleblower cases. They are wrong. Dead wrong.

The federal False Claims Act is the primary whistleblower statute. It allows the government to collect triple damages and also permits whistleblowers – brave men and women who come forward to report corruption and financial fraud against taxpayers – to collect up to 30% of whatever the government receives from the wrongdoer. The statute of limitations has about run out for cases involving pre-meltdown conduct; the time period Holder says involved defective underwriting and excessive risk taking. The statute of limitations under the FIRREA statute (Financial Institutions Reform Recovery and Enforcement Act), however, still has several more years and it too pays whistleblowers.

Much of the attention to date has focused on the problems that led to the financial meltdown. Unfortunately, banks have been just as guilty in the ways they have handled foreclosures and loan modifications. And that ushers in another wave of opportunity for whistleblowers.

What does this all mean? Plenty if you have original source (inside) information about fraud involving taxpayer funds or a bank insured by the FDIC. As noted above, whistleblowers are entitled to a portion of whatever the government collects based on their tips and information. With over a billion dollars in whistleblower compensation already paid in recent years, there is much to rejoice about the Justice Department’s announcement that they are still looking for new bank cases.

Brian Moynihan, CEO of Bank of America, may be telling nervous investors that the troubled days for big banks are over. They may really be just beginning.  If you have information about fraud involving a bank, mortgage company, servicer or someone connected to the financial services industry, call us. Let a whistleblower lawyer from Mahany & Ertl help you collect the maximum possible award.

For more information, contact attorney Brian Mahany at or by telephone at (414) 704-6731 (direct). All inquiries kept in complete confidence.