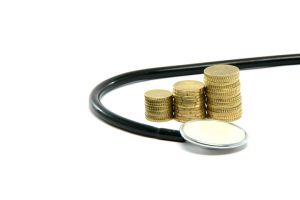 Extendicare Health Services, a Canadian nursing home conglomerate, has agreed to pay $38 million to settle a whistleblower suit claiming violations of the federal False Claims Act. The U.S. Department of Justice says the settlement is the largest ever for substandard care.

The suit was brought by Tracy Lovvorn, a rehabilitation manager at the company. She filed her whistleblower suit after her concerns were ignored by management. For her efforts she will receive $1.8 million from the federal action. Lovvorn also brought actions on behalf of the states of Wisconsin, Delaware, Michigan, Minnesota and Indiana. It is unclear if she will receive additional awards on behalf of those states as most of the docket remains sealed.

Lovvorn claims that Extendicare violated both the state and federal false claims laws. Specifically, she says that Extendicare illegally “ramped up” the amount of rehabilitation therapy provided to Medicare Part A and Medicai patients during payer “assessment periods” to get payments for levels of service that were not warranted or provided and then “ramped down” the rehabilitation therapy provided outside the assessment periods, resulting in the denial of medically necessary services that were paid for by Medicare.

She claims that staff were pressured into maximizing Medicaid and Medicare “reimbursement opportunities” by ramping up therapy minutes during assessment periods, or ramping down minutes after the assessment period in order not to “overprovide” services that were not yielding additional payment. She says these actions were taken without regard to the patients’ medical needs.

The company was also accused of having inadequate staffing levels; failing to follow pressure ulcer, catheter care and fall protocols; and in some cases, failing to properly administer medications. Pressure ulcers and falls are big concerns among nursing home patients.

In announcing the settlement, the Justice Department issued a prepared statement saying, “This is the largest False Claims Act settlement the department has entered with a nursing home chain involving ‘failure of care’ allegations.’ As part of this historic resolution, Extendicare will also enter into a five-year chainwide corporate integrity agreement with the Department of Health and Human Services. This agreement will contain innovative staffing requirements intended to ensure that this type of misconduct will not happen again.”

Philadelphia’s United States Attorney David Memeger said, “Nursing home residents should not be subject to unreasonable or unnecessary rehabilitation therapy that is dictated by a company’s profits rather than patient needs.”

In agreeing to the terms of the settlement, Extedicare admitted no wrongdoing.The company says it has invested substantial resources into its compliance efforts and has improved staffing levels. The company operates 146 facilities in 11 states.

Whistleblowers are entitled to receive up to 30% of whatever the government collects from the wrongdoer. To become a whistleblower, one must have inside or original source knowledge of fraud involving a government funded program. Because Medicaid and Medicare are government programs, they qualify for awards. The average award is usually between 15 and 20%.

Lovvorn claims she was fired for speaking up. Luckily the federal government and most states have enacted strong whistleblower retaliation laws to protect whistleblowers who come forward.

If you have knowledge of a fraud involving a taxpayer funded or government program, you may qualify for an award. To learn if you qualify, give us a call. For more information contact attorney Brian Mahany at or by telephone at (414) 704-6731 (direct). All inquiries kept in complete confidence.