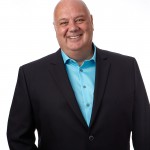 Earlier today I read a fascinating article in finfacts.ie, an Irish business website. The author of the post, Michael Hennigan, makes a convincing case that global transparency efforts such as FATCA are destined to fail.

FATCA – short for the Foreign Account Tax Compliance Act – is a 2010 U.S. law designed to thwart tax evasion that utilizes foreign bank and financial accounts. Beginning this year, offshore financial institutions must review their account records and report accounts with ties to the United States. Europe and the OECD are working on similar initiatives. Hennigan says these efforts could fail.

“Oh, these honest Swiss. Where do their good manners get them?…They have no crime, no history, no literature, no art…They are like a sturdy rosebush without thorns or flowers,” begins the article (quoting from ‘L’Immoraliste,’ by André Gide (1869-1951)). Evidently things in Switzerland have changed in the last century.

Modern day economist Gabriel Zucman says that despite many moves to financial transparency, offshore deposits in Swiss banks have been increasing in recent years. He says that “80% of European bank clients’ assets still aren’t being reported to tax authorities” and that tax evasion still remains too lucrative. That includes the incentives for bankers as well.

We disagree with Zucman as to the latter statement. Individual depositors may still think that using Swiss accounts to commit tax evasion is worth the risk but not banks. The post FATCA world has seen the IRS and U.S. Justice Department prosecuting Swiss banks and bankers in record numbers. The recent prosecution of Wegelin, Switzerland’s oldest private bank, resulted in the failure of that bank. Many other Swiss banks are scrambling to cut deals with the United States to avoid a similar fate.

Zucman claims that financial assets from Germany, France and the United States show that only a very small proportion of offshore funds in Switzerland have been disclosed to the authorities. We can’t comment on the success of the French or German revenue agencies but we know that FATCA is making a dent in U.S. compliance and the law is just being implemented on the banking side.

What should be concerning to the IRS is Zucman’s claim more than 60% of foreign-owned deposits in Switzerland come from the British Virgin Islands, Jersey, and Panama. These countries are known tax havens and permit easy creation of shell entities (often called nominee entities) such as trusts and international business companies.

FATCA will be successful at getting the Swiss and other bankers to report many accounts with ties to the U.S. What happens if the account is in the name of a business incorporated in the Seychelles or Panama? How will the bankers know who really owns or controls they companies?

FATCA remains a big but somewhat ineffective stick in the world’s move to greater transparency. The penalties for non-compliance in the United States are huge. Failing to file a FATCA form (IRS form 8938) are relatively modest but failure file the required FBAR form (Report of Foreign Bank and Financial Accounts) can be a felony and carries huge penalties as high as the greater of $100,000 per account or 50% of the highest historical account balance.

Mahany & Ertl is a boutique, national tax law firm concentrating in offshore tax reporting, FATCA and FBAR compliance. All inquiries are protected by the attorney – client privilege and kept in confidence. Need more information? Contact attorney Bethany Canfield at or by telephone at (414) 223-0464.