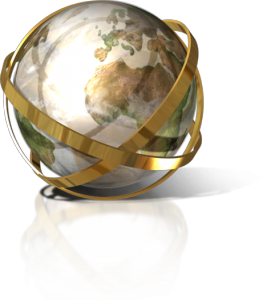 FATCA … Ruining Lives Around The World?

Russian news source RIA Novasti reports that the lives of many American expats are “ruined’ because of FATCA.

“Ruined?” According to RIA Novasti, “family relationships have been destroyed.” They claims that two percent of American expats who responded to a survey even claim FATCA caused them to divorce or split up with their partner.  “My German ex refused to marry an American because of filing requirements. So we split up,” claimed one expat.

Another 6% claim they were denied a promotion or had employment troubles because of FATCA.

We acknowledge that FATCA has had many unintended consequences. The most common problem is the closing of bank accounts. Some offshore financial institutions have simply decided the extra IRS reporting hassle isn’t worth the time or expense. Unlike Americans living in the United States with offshore accounts, expats are particularly vulnerable since they need a local bank to pay bills and obtain mortgage and car loans.

Earlier this year, anti-FATCA advocates circulated a story about a woman living overseas whose home loan was cancelled after her lender said it was calling the loan and closing her account. We have heard similar hardship stories but have yet to experience such problems with our clients.

After surveying 6,552 American expatriates, Democrats Abroad claims that one in six Americans had their bank accounts closed as a result of FATCA. They also say that almost 13% were unable to open any type of account. We have experienced these situations first hand. The good news is that most of those who are persistent have a relatively easy time finding a bank to open an account.

Unfortunately, FATCA does seem to treat many Americans as criminals. We are one of only two nations that require worldwide reporting. Virtually every other country only taxes income that is generated within their borders.

The civil penalties for having an unreported account are huge. If the IRS determines the failure to report the account is “willful”, the penalties are up to the greater of $100,000 per account or 50% of the highest historical account balance. We find, however, that many folks fail to report their offshore account because they are simply ignorant of the law. Unfortunately, the IRS often determines holders of offshore accounts are guilty until proven innocent.

Dual nationals, foreign born Americans and expats living abroad are often the folks with greater than average FATCA compliance problems. For these folks, their “foreign” account is the one in the United States!

Despite a great deal of negative press, FATCA is here to stay. Passed by Congress in 2010, the law requires banks and other financial institutions located outside the U.S. to cull through their account records and report those with ties here. The IRS believes that many folks use offshore accounts to evade taxes. That may be true for some, but experience suggests most foreign accounts are opened for legitimate reasons.

If you have an unreported foreign account, give us a call. Our offshore tax and FATCA lawyers have helped dozens of folks with offshore reporting and other tax problems. For more information, contact attorney Bethany Canfield at or by telephone at (414) 223-0464.