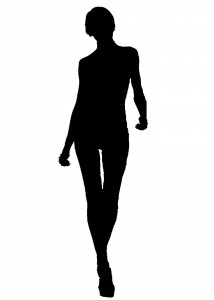 For profit schools have been under a great deal of scrutiny but the reports coming from a recently unsealed federal False Claims Act case are incredible. Last week the United States Department of Justice intervened in a whistleblower suit originally filed by a former admissions officer of FastTrain College. The False Claims Act law allows private individuals with inside information about fraud against the government or a taxpayer supported program to file a suit in the name of the United States a keep a portion of whatever monies are recovered.

FastTrain first made news in 2012 when the FBI raided several of their campuses. The for-profit school is headquartered in Miami and claims it has 8 Florida locations. Published reports also claim the school has a close relationship with Florida Congressman Alcee Hastings. Several for-profit schools have contributed heavily to his campaign finance committee.

The actions of the school as reported in various media sources is incredible. One alleged former employee posted on RipOff Report the following account of how the school does business:

First, we have beautiful girls who go out and solicit men in the Miami area and then bring them in their cars back to the school in Broward County. Most of them have had a criminal record or are going to jail soon etc but they still enroll them. Some of them don’t even have a high school diploma but Admissions tells them to lie and say that they do. Back in 2011 they were selling diplomas to them through AWA.

ACICS came for an accreditation visit not too long ago and we did not have a medical lab at the time as FastTrain told them we did. They then brought in a lab with all the medical equipment and set it up at the campus for their visit. Once inspection at our campus was complete, they packed up the medical lab and brought it to the next campus to fool them about them having a lab too.

We know that RipOff Report data is sometimes posted by someone with a grudge. Even so, there is plenty of other evidence against the school. When filing his False Claims Act suit, former admissions officer Juan Pena claimed he was instructed to fill out admission forms for non-English speaking students and forge high school diplomas for other prospective students to aid them in the admissions process. He also claims to have witnessed falsified attendance records so that the school could receive federal student loan monies.

Between April 2012 and December 2014, the FBI and Justice Department investigated the school while Pena’s case remained under seal. Last week the Justice Department intervened in his whistleblower case. Two months earlier, the president of the FastTrain, Alejandro Amor, and other individuals associated with the school were charged in a fifteen count criminal indictment with conspiracy to steal government funds and theft of government funds.

Because state funds were also alleged to have been misused, the state filed its own state False Claims Act suit.

The federal False Claims Act allows the government to seek triple damages or damages of $5000 to $11,000 for each false claim filed with the government. That could mean that each student’s course or book bill could be considered a separate “claim.” The state False Claims Act has similar remedies meaning a possible double recovery for Pena.

The allegations raised by Pena, the government and the media paint a picture of reprehensible behavior. If the claims are true, the school used exotic dancers to lure men to the campus, forged diplomas and charged the government for room and board even though the campuses are for commuters and don’t offer housing.

If you have inside information about fraud involving a government funded program such as student loans, defense contracting, federally insured home mortgages or Medicare, give us a call. We have filed several, billion dollar whistleblower cases. Our mission is simple, we help our clients stop fraud and collect the best possible award.

Need more information? Contact attorney Brian Mahany at or by telephone at (414) 704-6731. All inquiries kept in strict confidence.