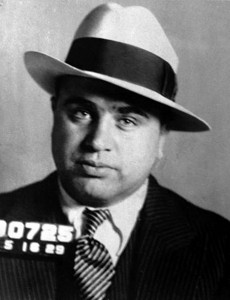 The headline for this story is actually a pretty familiar refrain. Drug agents target top level drug dealers but can’t find enough evidence to tie them to their crimes. Given that “snitches” in the drug world often wind up dead, the DEA and law enforcement has an uphill battle. Low level drug dealers are easy to arrest but getting to the top is hard.

Last week a Taos, New Mexico grand jury indicted alleged drug kingpin Ismael Adame, 56; his wife, Angela Adame, 56; and their daughter, Jessica Gomez-Adame, 31. The charges? According to published reports Ismael Adame was charged with 52 felonies including 21 counts of tax evasion; four counts of tax fraud; 25 counts of conspiracy to commit tax evasion or tax fraud; one count of money laundering; and one count of conspiracy to commit money laundering. If convicted of all charges he could spend the rest of his life behind bars.

What is missing from the indictment? There isn’t a single drug charge even though the Drug Enforcement Administration headed the investigation and published reports say Adame is a drug kingpin.

According to a prepared statement from New Mexico revenue secretary Demesia Padilla, “We’re pleased to coordinate this financial investigation with our state and federal partners to put these dangerous individuals out of business in New Mexico. These individuals are accused of using their plumbing business as a front to launder hundreds of thousands of dollars in illegal cocaine sales in the several southwestern states.”

Prosecutors say that Adame and his family used the family owned plumbing business to launder the proceeds from drug sales. Typically investigators will compare tax returns with actual expenditures. Here in a warrant affidavit the DEA said the business should have been showing a loss. Although the affidavit has not been released, typically they show a lavish lifestyle including nice houses, fancy cars, big credit card bills yet insufficient income on tax returns to support such a lifestyle.

While serving as Maine’s state revenue commissioner, we assisted Maine DEA in a case involving a large marijuana grow operation. DEA agents didn’t have sufficient cause to execute a search warrant but revenue department agents knew that the suspect was living far beyond the income shown on tax returns. That was enough to get a search warrant to search for evidence of tax evasion. No surprise, revenue officers also found evidence of drug trafficking allowing DEA agents to secure a second warrant.

Moral of the story? If you are committing a crime, the tax man may get you even if other law enforcement officers don’t have enough information for an arrest or search warrant. It happened to Al Capone and tonight in New Mexico, it appears to be happening to the owners of In and Out Plumbing.

The IRS tax lawyers at Mahany & Ertl represent people accused of tax evasion and other serious tax offenses anywhere in the United States. For more information, contact attorney Brian Mahany at or by telephone at (414) 704-6731 (direct). All inquiries kept confidential.