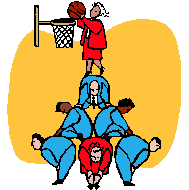 It’s nice to see the little guy win. Especially when the defendant is a big brokerage firm. Last week an arbitration panel ruled in favor of several people in claims against FSC Securities Corporation.

Several former FSC Securities customers filed for arbitration last year claiming they were victims of breach of fiduciary duty, negligence, unsuitability and other violations. The group also claimed that FSC failed to properly supervise their brokers. All the claims involved investment in Price Financial Group and Montgomery Growth Fund.

After a year of legal wrangling, FSC and its officers sought to dismiss the claims on October 1st. After a telephonic hearing, a three-person panel of the Financial Industry Regulatory Authority (FINRA) deferred a full decision on the dismissal requests until trial. That trial was held over 4 days beginning on October 6th.

The panel ultimately sided with the customers, awarding them a total of $596,313. The panel also awarded them an additional $247,424 in attorneys’ fees and costs.

In a somewhat unusual move, the panel entered judgment against a principal of the firm, Jerome Murphy, in the amount of $1.00. Although the amount was token, industry rules will require the finding to remain on Murphy’s permanent record. That could haunt him down the road, as stockbroker records are easily searchable by anyone through FINRA’s BrokerCheck system.

Arbitrators are not required to give reasons for their decisions. In keeping with FINRA arbitration custom, this panel gave no explanation for its ruling. We do know, however, that the panel hearing the case was made up of three public arbitrators. In previous years, panels often had an industry member assigned to the panel. New rules allow public customers to request all public member panels.

Stockbrokers are responsible for the investments they recommend to customers. These rules are called suitability rules. Failure to understand a customer’s needs and risk tolerance and failure to make proper recommendations are all actionable. As we saw in this case, both the brokerage firm and even principals within the firm can be held responsible for the actions of their employees.

If you feel you lost money with FSC Securities or any other brokerage firm, give us a call. Most cases can be handled on a contingent fee basis meaning no legal fees unless we recover money for you. Need more information? Contact attorney Brian Mahany at or by telephone at (414) 704-6731 (direct).