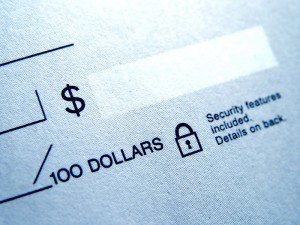 2014 has been a record year for settlements between the Justice Department and corporate America. The capstone, of course, is the recent settlement between DOJ and Bank of America. That deal comes in at a record $16.65 billion and isn’t the first time this year that America’s favorite “too big to fail” bank had to cough up more than a billion dollars to the government.

Bank of America is accused of bad banking practices that contributed to the economic meltdown in 2007 and 2008. Some banks such as HSBC and BNP Paribas helped launder money for drug cartels and possibly terrorist organizations. They too have been forced to pay billions.

How should the government react to these violations? Some say that big fines are nothing more than a cost of doing business. These folks want to see even tougher sanctions but what can the government realistically do?

Putting a bank in jail is obviously impossible. Regulators can shut down bad actors but that just puts thousands of people out of work. (Sometimes, pulling the plug is necessary as evidenced by HUD’s decision to shut down Allied Home Mortgage, once one of the largest FHA lenders in the United States.)

Other folks say that the government has gone too far. An editorial in the Economist says that the criminalization of American businesses has gone awry; they say, “The legal system has become an extortionist racket.”

We disagree. Because banks have neither “bodies to be punished nor souls to be condemned,” using criminal sanctions against banks and other corporate wrongdoers in the financial services industry is difficult.

Many recent cases against banks have been brought under the FIRREA statute, the Financial Institutions Reform, Recovery and Enforcement Act. A product of the old savings and loan crisis, FIRREA essentially allows prosecutors to levy powerful penalties against banks and others who commit criminal behavior.

Is it enough? Our answer is that it is too early to tell. Shareholders are growing weary of the constant prosecutions of big banks. We don’t believe it will be much longer before angry investors demand changes and better accountability in the upper echelons of bank management.

Are there improvements that can be made? Of course. We believe that there should be more prosecutions of bankers. Although it may be impossible to put a bank in jail, having bad bankers do the perp walk on TV news on their way to prison should send a powerful message through c-suites around the country that there sometimes is a personal price to be paid for defrauding American taxpayers or aiding our enemies.

With that notable exception, we think the Justice Department is beginning to make real progress. In growing months we expect to see fewer multibillion penalties. That doesn’t mean the government is getting soft, it means that banks are beginning to wake up and consider the high costs of not following the rules.

Central to much of the government’s enforcement efforts are whistleblowers. Many of the big settlements in recent years began with information supplied by whistleblowers. These folks are society’s real heroes; sentinels of justice willing to risk their jobs and do the right thing. As long as the government fairly compensates these brave heroes, banks and other companies should be scared.

Just a year ago, we called America’s biggest banks, “too big to care.” In the post BNP Paribas and Bank of America world, we now think they are “too scared to not care.”

How did we arrive at our opinion? We represent the whistleblowers in some of the largest cases ever brought in the United States. From Vanguard to Allied Home Mortgage, we are at the forefront of stopping corporate malfeasance and restoring trust and confidence to the banking system.

There is widespread disagreement when we will reach peak oil. Some very smart folks were predicting we had reached oil years … END_OF_DOCUMENT_TOKEN_TO_BE_REPLACED