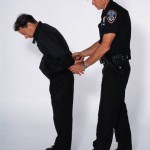 Police officers take an oath to uphold the law. Most try very hard to be positive role models within the community. There are exceptions, however. Five deputies of the Richland County (South Carolina) Sheriff’s Office have just been charged with tax evasion and now find themselves unemployed. If convicted, they could also each find themselves behind bars for 5 years.

According to Richland Sheriff Leon Lott, the five officers schemed with a former civilian employee of the department to create fake dependents. The more dependents on a return, the higher the deductions. For most taxpayers, that means larger refunds.

Sheriff Lott says the group’s tax evasion shame was discovered after officers began investigating a report that a woman was selling counterfeit merchandise. That woman was a former sheriff’s department employee, Maribel Crespo. Before being arrested, undercover officers visited with her to see if they could purchase counterfeit goods. Not knowing that the buyers were really undercover cops, Crespo bragged how she helped several deputies file false income tax returns. Stunned, the undercover officers did the right thing and obtained a search warrant of Crespo’s home.

During the search of Crespo’s home, deputies found both counterfeit goods and evidence of a tax evasion ring. They also found evidence of phony federal ID cards.

Crespo is alleged to have prepared the bogus returns while the deputies knowingly participated in the tax evasion scheme by signing the returns showing false deductions and fictitious dependents.

Apparently Crespo was cheating not only the government but her former colleagues as well. In an interesting twist, the sheriff says that Crespo was skimming some of the money generated from the phony refunds!

“They say that she was pocketing some of the deputies’ phony refunds. She was cheating and scheming on them. No honor among thieves,” said Sheriff Lott.

We expect many more interesting developments as the investigation continues. The sheriff’s department is still reviewing Crespo’s computer to see if other deputies were involved. Alerted by Richland County officials, the U.S. Postal Inspection Service, Homeland Security and the IRS have also jumped into the fray.

Creating phony dependents or using the same dependent on multiple tax returns is a common scam. It is also one that rarely works for long. The IRS now has sophisticated software systems to detect false social security numbers or dependents who appear on more than one return.

That everyone charged in the tax evasion scheme is or was an employee of the sheriff’s department makes this case especially interesting. That a former department employee would be convicted of identity theft and yet despite that conviction, five sworn officers would hire her to create fake dependents and cheat the state out of tax refunds is almost beyond belief. Add in that Crespo, a convicted thief, would steal from cops makes this story even more bizarre.

Refund scams are common. Most of them don’t work. If convicted, Crespo and the 5 deputies will likely face prison, lose their careers (and possibly their pensions) and still have to pay back the state. Once the IRS gets involved, the amounts they must pay back will only increase.

Sheriff Lott is correct when he said there is no honor among thieves. The more people that are involved in phony refund or tax evasion scheme, the more likely that one talks or cooperates. In most instances, the ones who cooperate first usually get the best deal.

One of the first blog posts I ever wrote concerned the City of Bell, California. In 2010, we reported that the Los Angeles … END_OF_DOCUMENT_TOKEN_TO_BE_REPLACED