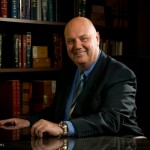 Less than a week ago I took issue with the the Canadian Broadcast Corporation’s story about FATCA. Our post has already generated 19 responses through TaxConnections and many more emails. One such response was from the author of the CBC story, James Fitz-Morris.

We are humbled by the sheer volume of responses and the attention the original post generated. Clearly this issue is a “hot button” issue for many Canadians. Since so many folks took the time to respond, I will try to address their concerns and comments in this post. Before doing so, however, a brief description of FATCA is in order.

For those not familiar with FATCA, the acronym is short for the Foreign Account Tax Compliance Act. Passed by Congress in 2010, the law requires foreign financial institutions to become the eyes and ears of the IRS. Beginning this July, these banks must begin reviewing their accounts and identifying those with connections to the United States. Congress and the IRS want to identify taxpayers hiding income and evading taxes through offshore accounts. Some say the cost of implementation is far greater than the revenues the law is expected to generated, however.

Shortly after my original post was published by TaxConnections, James Fitz-Morris of CBC responded as follows:

I must take issue with your claim of “factual inaccuracies” in the CBC’s reporting:

1) Every Canadian is affected by this law. Once implemented, all Canadian financial institutions will be required to ask their customers going forward if they have any of the FATCA indicia. Anyone refusing to answer the questions will have their banking records sent to the IRS. More than one Constitutional expert on this side of the border considers that to be a gross violation of Canadian privacy rights. The $100-million dollar figure comes from the president of one Canada’s largest banks – no one has yet to provide evidence to refute his price tag

2) Thank you for agreeing that “accidental Americans” are caught up by this.

3) You caught us on this one! The list should be RDSPs, RESPs, and TFSAs (a correction is coming to the story). The IRS does recognize the special tax status of Canadians’ Registered Retirement Savings Plans (RRSPs) BUT does not recognize the same for families with disabled children (RDSPs), those saving for their children’s education (RESPs), nor special general savings accounts (TFSAs). In the case of RDSPs and RESPs, the Canadian government matches certain levels of contributions with tax-payer funded grants. The IRS calls these grants “income” and taxes it (see point #1). So, while the IRS is willing to respect retirement savings – it does not extend the same established exception for the savings of people with disabilities nor for those wanting an education for their children (you see why some are alarmed by this).

4) Those who discover later in life they were meant to be filing returns with the IRS need to get their accounts into compliance. If you know a CPA willing to do 10 years worth of back-taxes for $300, please pass along their name – I know many families that would very much appreciate the help!

First, our intent was never to take issue with Fitz-Morris or Canadians for being upset with FATCA. The law needs heavily amended if not repealed. I think that we share that common ground. We appreciate that CBC and others are raising some of the troubling problems surrounding FATCA.

Just as some politicians on this side of the border make foolish statements about the need for FATCA and how only tax evaders have foreign accounts, it is equally inflammatory to quote folks that say FATCA threatens the sovereignty of Canada. There are plenty of alarmists on both sides of the border armed with great sound bites.

There is a genuine need throughout the world to combat tax evasion. We personally support tax transparency but FATCA’s heavy handed approach misses the mark. Canada, the United States and the other developed nations should have an extended dialogue as to how to best address tax evasion.

While the many emails and responses help us understand the depth of the problem, we still feel CBC’s article was a bit over the top. For example, CBC quoted a bank president saying it would cost every Canadian bank $100,000,000.00 to comply with the law. Why so much? Evidently because the banks must question every one of their customers.

In our opinion, Canadian banks do not have to “question” their customers. They need to review their accounts and absent certain enumerated indicia of US “nexus,” can rely on the information from account holders without further review.

Lest anyone think we are defending FATCA, we are not. While we don’t think the cost to banks of FATCA will be anything close to the expert quoted by Mr. Fitz-Morris, we also don’t believe that FATCA compliance is cheap. Whatever the compliance costs, you can be assured those will be passed on to customers in the form of higher fees.

Mr. Fitz-Morris’ original article and the many responses are indicative of the need for further dialogue that is needed. One reader said that she gave up her citizenship because of FATCA compliance costs. Assuming that’s true, it is obvious FATCA has many unintended consequences. Rather than trade rhetoric, we urge both nations to sit down and hash out a better way to address a real problem. (A recent data breach by an investigative journalism group revealed that Canada has its fair share of offshore tax evaders too.)

If you or your company find that you more than one year of FBARs (Report of Foreign Bank and Financial Accounts), give us a call. Our FATCA lawyers have helped many folks come into compliance. We usually offer flat fees for our services. Because we handle many of these cases, we can offer our services for less cost than many other tax lawyers.

I live and work in Texas. This is cattle country. As beef prices soared in supermarkets, the ranchers I spoke with says they … END_OF_DOCUMENT_TOKEN_TO_BE_REPLACED