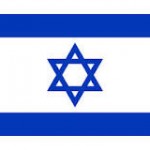 The former vice president of a Tel Aviv bank was charged with conspiracy to defraud the IRS. Prosecutors say that Shokrollah Baravarian, former vice president of the Los Angles branch of Mizrahi Tefahot bank, helped Americans conceal undeclared bank accounts in Israel. Mizrahi Tefahot is a large Israeli bank that has many Jewish American customers.

Opening an account in Israel is legal if the account is properly reported. Most offshore financial assets must be reported annually on a taxpayer’s income tax return and on a Foreign Bank Account Report form – FBAR for short. Willful failure to file an FBAR is a felony and in most cases, the IRS imposes heavy civil penalties for unreported foreign accounts. Those penalties can be up to the greater of $100,000 or 50% of the highest historical account balance. In certain cases, the IRS will impose penalties for multiple years.

To avoid criminal and the highest civil penalties, taxpayers must demonstrate that their failure to file FBAR forms was not willful. Using nominee accounts is a huge red flag for the IRS and almost always results in a “willful” determination by the government. In Baravarian’s case, the IRS says that he helped bank customers open accounts using pseudonyms, code names and the names of nominee entities set up in the British Virgin Islands and the island of Nevis.

In announcing the indictment, Deputy Attorney General James Cole said the Justice Department remains committed to investigating “ undeclared bank accounts in Israel.” He says that prosecutors will continue ” to find and prosecute those who help U.S. taxpayers evade taxes through offshore accounts located anywhere in the world.”

The allegations against Baravarian suggest the criminal wrongdoing extends to the bank itself. According to the indictment, many records were not kept in the Los Angeles branch but in Israel itself. A banker from Israel would periodically fly to Los Angeles to visit U.S. clients. Prior to entering the United States, however, the names of the account holders would be redacted.

Baravarian faces trial later this year. If convicted, he faces 5 years in prison and a $250,00 fine. In our experience, bankers facing trial in the United States usually cut deals with prosecutors. In exchange for a lighter sentence, the bankers agree to disclose the names of their U.S. customers and testify against them.

Time is running out for Americans and other U.S. taxpayers with unreported foreign accounts. Both undeclared foreign income and accounts can land you in serious trouble. With FATCA and its requirement for all foreign banks to begin reporting accounts with ties to the United States just weeks away, taxpayers are running out of options.

At this point, taxpayers have limited choices: Enter the IRS FBAR amnesty program (Offshore Voluntary Disclosure Program) and pay some penalties but avoid audits and possible prosecution; work with an experienced FBAR penalty lawyer, accountant or ex pat tax service and try to negotiate penalties or do nothing and hope not to get caught. Some folks think they can quietly file back FBAR forms or simply close their foreign accounts but both those options actually increase your chances of trouble.

Mizrahi Tefahot is not the only Israeli bank under scrutiny from the IRS and Justice Department. Accounts at Bank Hapoalim and Bank Leumi are also being examined. The indictment against Baravarian suggests that suspect account transfers from China to Israel and between Switzerland and Israel have been identified.

The foreign account lawyers at Mahany & Ertl help US taxpayers and businesses with a wide variety of foreign reporting, FBAR and FATCA issues. We also assist foreign foreign financial institutions who seek to understand and comply with the new regulations. For more information, contact attorney Bethany Canfield at or by telephone at (414) 223-0464. All inquiries protected by the attorney – client privilege.

I live and work in Texas. This is cattle country. As beef prices soared in supermarkets, the ranchers I spoke with says they … END_OF_DOCUMENT_TOKEN_TO_BE_REPLACED