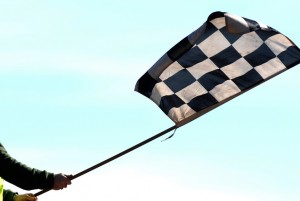 Tax evaders are frequently prosecuted but rarely are they arrested. Like many white-collar criminals, they are often given a summons and order to appear in court. Not in Cecil, Georgia.  According to reports published by the Valdosta Daily Times, the co-owner of a racetrack was arrested by agents of the Georgia Department of Revenue and charged with tax evasion.

The reports say that Kim and Rowland Wood own the South Georgia Motorsports Park. Kim was arrested on Sunday and charged with theft by taking sales tax and theft by withholding, both felonies.

Georgia DOR claims that Ms. Woods owes $90,000 in sales tax to the state. The state claims it tried to unsuccessfully work with her. “Ms. Wood was uncooperative and, ultimately, we revoked her sales tax license in August,” according to Nick Genesi, a spokesperson for the state.

When she continued to operate the business even though her license was revoked, the state moved quickly and both seized the property and arrested Ms. Wood.

Although the track was seized, officials apparently are letting another party operate the track so planned events can continue.

Failure to pay sales tax in most states is a felony. Because the tax is collected from customers, revenue agents consider the failure to turn over those monies as theft. In most states, both sales and withholding taxes are considered “trust fund” taxes and subject to enhanced penalties if not timely paid to the state.

Most states also allow unpaid trust fund taxes to also be transferred to responsible parties. That means officers and directors can be held personally liable for these debts. The IRS operates in a similar way with respect to employment taxes.

Often businesses find themselves unable to pay all their bills. The temptation is often to skip a month of sales or withholding tax payments in the hopes of catching up the following month. Unfortunately, the penalties – civil and criminal – make that a very unwise move.

If you find yourself unable to pay taxes, facing collection efforts, under audit or under criminal investigation, give us a call. Whatever you do, don’t ignore the problem. To speak with an experienced tax lawyer today, contact attorney Bethany Canfield at or by telephone at (414) 223-0464. All inquiries are protected by the attorney – client privilege.