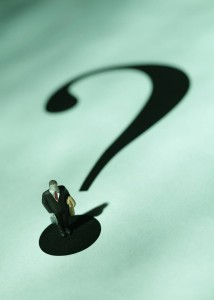 How Big the Bounty to Catch the Fraudster? (FIRREA Post)

[Ed. Note – This is a guest post from my former law partner and friend Joseph Bird. Joe took the laboring oar on several of our biggest False Claims Act and FIRREA cases.

By now, everyone knows that Attorney General Eric Holder is leaving government service. He leaves a legacy that pundits and armchair quarterbacks will debate for years. One thing is for certain, under his reign the Justice Department has racked up some of the highest civil penalties in history, especially in the financial services industry.
Holder recently called upon Congress to fix the whistleblower provisions of FIRREA, the Financial Institutions Reform, Recovery and Enforcement Act. FIRREA has become the weapon of choice by prosecutors in the fight against financial fraud. But the whistleblower provisions are capped at just $1.6 million.
The following are Joe’s words and thoughts on FIRREA.]
by Joe Bird
“Recently, the concept and relative fairness of various government “bounties” has become the subject of spirited debate; specifically, the “award” or bounty to be paid to a tipster or whistleblower for providing information leading to a government investigation and successful recovery of money pursuant to the Financial Institutions Reform, Recovery and Enforcement Act (FIRREA) statute as compared to the False Claims Act (FCA)statute. Both statutes providing for monetary rewards to “declarants” or “realtors” based on a percentage of the amount recovered by the government. This disparity has come under scrutiny by commentators and now even the Attorney General.
The anomaly that exists is based on the graduated percentages provided by the FIRREA statute, and its soft “cap” (although the cap is not explicit in the statute, which could be read to provide for a 5% award regardless of the ultimate recovery), versus the 15%-30% range for FCA recoveries with no cap. The poster child for the disparity is the relator (FCA)and declarant (FIRREA) in the mixed FIRREA/FCA case brought by the United States against Bank of America, Edward O’Donnell.
As it stands now, O’Donnell’s award will be based exclusively on FIRREA because the judge in the case granted summary judgment and dismissed the FCA part of the case before the case went to trial. Thus, he will only receive $1.6 million of the 1.27 billion dollar award. The minimum he would have received under the FCA statute, 15 percent, would result in an award of roughly $180 million. The same information. The same defendant. The same evidence. But a rather different result, assuming the verdict withstands the appeal process.
The anomaly in this particular case arises because the fraud was in the context of a bank, where FIRREA can be pursued. Had the case involved Medicaid fraud by a hospital, FIRREA could not be used to recover fraudulent payments made by the government, only the False Claims Act. Still, while a recovery of $1.6 million sounds handsome, and it is, the disparity between the two statutes in this case cries out for some type of remedy or statutory amendment.
If necessary, a simple “clarification” to the statute uncapping the award might truly be a simple way to fix the problem and perhaps remain true to the intent of the congress that enacted FIRREA in the first place, which likely did not intend a cap in the first place.
Revising the False Claims Act to lower the awards and percentages seems counterintuitive and likely to not discourage the most sophisticated and well designed frauds, created, adopted or blessed by the senior executives of large corporations. The awards must be sufficient to induce another senior executive to abandon stock options, large salaries and bonuses and betray his brethren.
Lowering the award structure in favor of the net recovery to the treasury would have the effect of reducing the volume of whistleblower claims. The overall negative long term effect on the treasury would be significant. It is also likely Mr. O’Donnell would never have brought the case or claim if he knew he was limited to a capped FIRREA recovery.
The idea of “fixing” the disparity by reducing the False Claims Act award structure only serves the corporate fraudsters interests by significantly reducing the likelihood that a claim will be brought by a corporate insider. The fact that the government is poised to remedy the problem by increasing FIRREA awards is a clear message that the government needs whistleblowers and that it understands only a chance at a significant bounty will induce the insider to take a chance on career suicide.
∞∞∞∞∞∞∞∞∞∞
The whistleblower lawyers at MahanyLaw agree with Joe and the Attorney General. We think the simple solution to more FIRREA whistleblowers is to “uncap” the awards. We believe this is what Congress always intended. Calls for “reform” by reducing awards should be met with skepticism. They are nothing more than a thinly camouflaged attempt by corporate America to strip away the most effective method of remedying bank fraud and holding banks and bankers accountable for their greed and misconduct.

How to Claim a Bank Fraud Whistleblower Award

If you have inside information about a bank or banker engaged in substantial fraud or other illegal activity, you may be entitled to a large cash award. For more information, visit our FIRREA Bank Fraud Whistleblower page.
Want to know if you have a case? Contact attorney Brian Mahany online, by email or phone. All inquiries are protected by the attorney – client privilege and kept confidential. There is never a charge for our consultations. If we take your case, fees are charged on a success or contingent fee basis. If you don’t recover a cash award, you owe us nothing.
Share: Share on FacebookShare on TwitterShare on LinkedinShare by Email