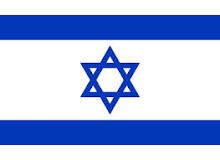 The U.S. Department of Justice and IRS have been very busy these days pursuing taxpayers that failed to report foreign bank accounts. Key to those prosecutions is the cooperation of foreign banks. When Uncle Sam feels a bank isn’t cooperating it has many tools at its disposal to “persuade” banks to comply. Much of the media attention has been focussed on Swiss banks but the story is much bigger. This week Bloomberg reports that Israel’s 2nd largest bank, Bank Leumi, is close to settling allegations that it assisted American taxpayers evade taxes.

According to published reports, the Tel Aviv based bank issued a statement saying, “[Bank Leumi] is working towards a resolution …in accordance with the outline and the sum proposed by the [Justice Department.]” That sum is rumored to be $275,000,000.00.

The IRS has already prosecuted several taxpayers with unreported accounts at both Bank Leumi and Mizrahi Tefahot Bank. There have been persistent rumors that another Israeli bank, Bank Hapoalim, is also under investigation.

IRS criminal division special agents routinely question Americans holding more than $1 million in offshore accounts. Usually these interviews seek information about what promises were made by the banks to their clients. If the IRS thinks the bank actively assisted account holders in avoiding offshore reporting obligations, charges usually follow.

By charging the bank or individual bankers, the IRS is virtually assured of their cooperation. White collar bankers don’t like the though of American prisons. Of course, “cooperation” means turning over the names of the clients. Once that occurs, the circle is complete.

What all this means is just one taxpayer coming forward to declare their unreported foreign account can quickly lead to dozens of new prosecutions and civil penalty assessments.

The chance of getting prosecuted remains low but the audit risks are staggering.  U.S. taxpayers – that includes dual nationals and green card holders – must report their foreign accounts each year on a Report of Foreign Bank and Financial Accounts or FBAR form. If the IRS believes your failure to file an FBAR was “willful,” it can assess penalties up to the greater of $100,000 or 50% of the highest historical account balance per account per each year it was undeclared.

Generally the IRS only imposes the civil penalty for just one year but last month the IRS was successful in assessing the 50% penalty for 3 years against an 87 year old man. That’s right – the penalties far exceeded the money in the man’s account.

FBARs must be filed each year by June 30th. There is no extension. If you have multiple years of unfilled FBARs, contact an experienced FBAR lawyer immediately. As the Bank Leumi negotiations show, the IRS has become very adept at learning the names of foreign account holders.

Need more information? Contact attorney Bethany Canfield today at or by telephone at (414) 223-0464. All inquiries are protected by the attorney – client privilege. We do not charge for initial consultations.