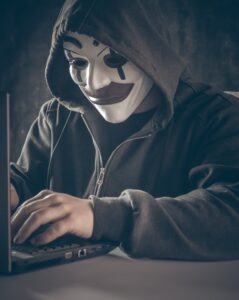 At least once a month we receive a call from a business owner or physician who lost money in a 419 plan. The “lucky” simply have made a lousy investment in some unneeded insurance. The unlucky receive a huge tax bill from the IRS and / or lost their money in some sort of investment scam. A recent case from the United States Tax Court again points out the perils in 419 welfare benefit plans (and related tax shelters such as 412 plans and shark finned CLATs).

Jerald White is a Tennessee physician. From 1999 through 2002, he and his wife contributed $200,000 a year to a so called xelan 419 plan. Later he would contribute more money to a similar plan in 2003 operated by Millennium. During those years, the Whites reported between $1.1 and $1.4 million in gross income on their federal income tax returns.

xélan was a membership organization for physicians. Its stated mission was to offer insurance products to member doctors. One of their offerings was a “Tax Reduction Program.” Dr. White and his wife signed up and as part of the program, contributed a significant amount of money to the xélan 419 plan. Unlike some of the 419 plans we have seen which are pure scams, the xelan plan required a significant amount of paperwork and a legal opinion to even join. Some fairly well known law firms including Detroit’s Miller & Canfield were involved in providing those opinions.

At first blush, the plans appear legitimate. They were not. How the Whites got sucked in to the plan and how they lost their battle with the IRS is a story worth telling. There are plenty of lessons to be learned for anyone stuck in one of these plans.

Like many so called disability and welfare benefit plan participants, Dr. White was originally recruited by an insurance salesperson after attending an informational seminar.

These seminars are usually accompanied by slick marketing materials, web sites and so called legal and accounting opinions from legitimate lawyers and CPAs.

What happened to the Whites was pretty predictable. Dr. and Mrs. White signed up for the xélan plan and funded the plan through insurance purchased through Indianapolis Life. Typical with many of the life products we have seen to fund these plans, the policies had high surrender charges.

The attractiveness of these plans is the claimed ability to shelter income by claiming the premiums are a necessary business expense. Your money goes in tax free and after just a couple years you can get your money back without a big tax bill. Of course, if it sounds too good to be true, it probably is.

Relying on the information from xelan’s program materials and accountants, the White’s deducted the $200,000 annual plan premiums from their tax returns.

What makes this story a bit different is that in 2003, xelan told that the Whites that the program would be ending.  The Whites were given the option of transfering there a plan to one operated by Millennium Marketing Group.

Ultimately, the IRS disallowed the large deductions claimed by the Whites. The IRS claimed that the Whites’ annual contribution of $200,000 to the 419 plan was not a valid business expense and thus could not be deducted. Hurting the Whites even more, the IRS claimed that in 2003, the Whites should have declared an extra $643,000 in income because that was the value of their policies at the time the xelan plan was ended and technically they became distributable.

The common theme in most of these cases are attempts to sell huge insurance policies to people that don’t really need the coverage. In order to sweeten the deal, participants are told they can shelter their income from tax and deduct the cost of the premiums as an ordinary and necessary business expense.

No one wins in these cases except the insurance companies and agents.

Dr. and Mrs White took their battle to U.S. Tax Court where they lost last summer. The court ruled that the taxpayer is negligent if he puts his faith in a scheme that on its face offers an improbable result without obtaining an objective, independent opinion as to the scheme’s validity.

Of course, the Whites claimed that they had obtained such opinions and had the right to rely on the legal and opinion and accounting work provided by xelan. Because the accountants and lawyer providing the opinions were paid by xelan, the court ruled they did not qualify as independent. In the words of the court, “A promoter’s self interest makes such ‘advice’ inherently unreliable.”

As noted before, there are many similarities in these cases. Frequently these plans are accompanied by fancy legal opinions from legitimate law firms. Once again, however, it doesn’t take much investigation to determine the opinions are not worth the paper they are printed on. In the case of the xelan plan, the fine print on the legal opinion says the opinions was meant to be relied upon by the promoter. Not the taxpayer!

Getting back one’s money and recovering substantial damages is often possible in these cases. Although the promoters are usually long out-of-business and have no assets, the insurance agents selling these plans and the insurance companies themselves may be liable. Sometimes accountants and lawyers that truly provide independent reviews and opinions can also be held liable.

Our firm has helped several small businesses recover their hard earned money. (We can help you with the harsh IRS penalties too). As a national boutique fraud law firm, we can help recover your losses from responsible third parties even if the promoter of the plan is in jail or has no assets.

For more information, contact us online by email or phone at (202) 800-9791. All inquiries are protected by the attorney – client privilege and kept in strict confidence.

Need more information? Our Due Diligence blog has a search engine located in the upper right hand corner. For more information on specific abusive tax shelters, just type in the name of the promoter or the type plan such as 419, 412 or captive insurance in the search bar. We have posted hundreds of informative articles on our site.

[Photo by Bermix Studio on Unsplash]