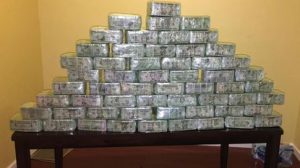 Lawyers Accused of Aiding the Allen Stanford Ponzi Scheme Pay Tens of Millions in Settlement, Do Not Admit Wrongdoing.

[Updated August 2019] As an attorney, I am required to take an oath to support the Constitution and to never counsel or support any action that appears unjust. It is unfortunate that much of society views lawyers as nothing more than “hired guns.” Sometimes we are even called “whores.”

Despite how we may be labeled by the public, all of us have taken an oath to uphold the law. Why do some members of the public feel that way? Probably because many lawyers get lost during their careers and mistake the pursuit of money for the pursuit of justice.

The court appointed receiver in the Sir Alan Stanford Ponzi scheme case has accused two leading law firms of aiding and abetting fraud and has sued them for their role in the nation’s 2nd largest Ponzi scheme. The case, just filed last week, is likely to have repercussions throughout the legal industry.

Proskauer Rose and Chadbourne & Parke are two major law firms, both located in the United States. Ralph Janvey, the court appointed receiver, has accused both firms of negligence; aiding, abetting or participation in breaches of fiduciary duty; and conspiracy, among other things. The allegations are part of a 116 page complaint filed in a Dallas federal court.

According to the complaint, Sir Alan Stanford and his financial empire had been under investigation since 1997. When things really began to heat up, Stanford hired Chadbourne & Parke partner Thomas Sjoblom to “defend and obstruct” the SEC investigation. Why Sjoblom? According to the receiver, Sjoblom was a former high ranking SEC official that knew many of the SEC people involved in the investigation.

Prior to being retained, the receiver says that Sjoblom conducted extensive due diligence on Stanford and his companies. That included reviewing records and meeting with senior company officials. According to the receiver, by the time Sjoblom was done, at best he knew that Stanford was committing securities fraud and at worst, he knew that Stanford was engaged in a massive Ponzi scheme. (Stanford is currently spending the rest of his life behind bars.)

Did Sjoblom and his firm decline representation? No, they took the assignment and were paid millions. Did Sjoblom have a legal duty to decline or can he and his firm be held liable for their roles in Stanford’s criminal acts? That remains to be seen.

The story doesn’t end here. After being retained, the receiver says that Chadborne & Parke filed a 36 page rebuttal letter to the SEC which contained material inaccuracies. Although most lawyers can’t remember verbatim their oath of office, we are required to be truthful with tribunals and adversaries. If Sjoblom deliberately told lies to the SEC, he could lose his license to practice law as well as subject himself and firm to potential civil liability.

The complaint is 116 pages in length. There are many, many other allegations of lies, cover ups and the like. If true, both firms could be bankrupted by the massive nature of the fraud. As we have previously reported, investors are out billions of dollars.

The defendants have not yet responded. While understanding that there are two sides to every story, the allegations are still very troubling. The legal profession has been battered recently with stories of a number of prominent lawyers caught aiding and abetting Ponzi schemes and other frauds. How that happens remains a mystery. Our only explanation is greed.

Some lawyers and law firms lose site of the need to seek and do justice. Instead, they become more interested in billable hours and bonuses. In the Stanford case, the receiver has accused the lawyers of hurting investors. More often, however, the victims are the law firm’s own clients who are subjected to overbilling and poor service.

Recently we uncovered an internal memo where an associate asked a partner if research needed to done in a particular area of law. The partner’s response was quite telling, “That’s really not applicable here but it’s billable to the client so go ahead and continue.”

When a lawyer is accused of defrauding third parties or aiding and abetting a Ponzi scheme, it’s called  “fraud”. When a lawyer overbills or does poor work for a client, it may be both fraud and legal malpractice. In every case, it’s wrong and could get the attorney disbarred.

2019 Update: A federal judge in Dallas said the Ponzi scheme cases against Chadbourne & Parke and Proskauer Rose could proceed. The law firms appealed that decision, however. In March of 2016, a three judge panel of the Eleventh Circuit Court of Appeals reversed the trial court. They ruled that under Texas law, the firms were immune from the lawsuit. Two weeks prior to that decision, however, Chadbourne & Parke agreed to pay $35 million.

Although Proskauer Rose won at the Court of Appeals, the receiver appointed by the court to represent the victims of the Allen Stanford Ponzi scheme brought separate appeals to the U.S. and Texas Supreme Courts. While those appeals were pending, Proskauer Rose paid $63 million to settle. There is no telling how a jury would have ruled.

Are You the Victim of a Ponzi Scheme?

The fraud recovery lawyers at Mahany Law have represented victims (clients) of bad lawyers and accountants throughout the country. We are one of the few law firms willing to sue other lawyers.

There is a difference between legal malpractice and lawyers who facilitate Ponzi scheme or fraud. The Stanford’s investors were not clients of either Chadbourne & Parke or Proskauer Rose. Therefore their claims are not malpractice. (To learn more about legal malpractice, visit our sister site U.S. Legal Malpractice.)

Often there is a code of silence within the legal profession. Not with us. If you feel like another lawyer, accountant, insurance agent or other professional has defrauded you, give us a call. All inquiries are kept in strict confidence.

Need more information? Our Due Diligence blog has a search engine located in the upper right hand corner. For more information on specific fraud topics, just type in any key words such as “Ponzi scheme” in the search bar. We have many informative articles on our site.