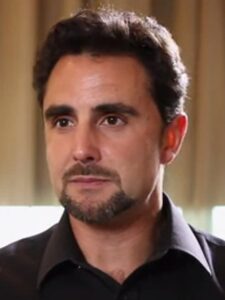 Twice before we wrote about Herve Falciani, a former computer specialist for HSBC bank in Switzerland. Falciani is a fugitive from Swiss authorities but welcomed in other European countries. Why? Because he allegedly stole the names of 130,000 client names from his former employer; names that are probably responsible for billions in unreported foreign accounts and hundreds of tax evasion cases across Europe and the world. (To see the original posts, check here and here.)

Since our last post, Falciani claims he is still hunted by Swiss authorities and that he was kidnapped by Israeli Mossad agents eager to learn the name of Israelis with unreported foreign accounts. The French government, which has long been aggressive in the hunt for tax evasion using offshore accounts, is reportedly providing him with armed bodyguards.

The Swiss indicted him and tried him even though he wasn’t present. (Spain refused to turn him over to the Swiss.) If captured by the Swiss, Falciani must serve a five year sentence for violating Swiss bank secrecy laws. (Falciani was sentenced in late 2015 even though he hasn’t been caught.)

Falciani already turned over his treasure trove of data to the IRS and Justice Department which used his information to exact a record $2 billion settlement with HSBC.

Falciani’s story reads like a Tom Clancy thriller, except the stakes are very real. As long as foreign governments are willing to purchase or use stolen records, no one with an unreported foreign account is safe. Opening an offshore account is legal if the account is properly reported annually on an FBAR form – Report of Foreign Bank and Financial Accounts. Failure to file an FBAR – or foreign income associated with the account – is a felony.

US prosecutors have been unrelenting in their search for foreign accounts. Dozens of taxpayers with unreported accounts have been convicted of filing false tax returns or tax evasion. No matter what your beliefs are in the new FATCA foreign reporting laws, it’s getting harder to hide money from Uncle Sam. foreign account data is also at risk because of good, old fashioned identity theft.

This case involves the willingness of governments to pay third parties for information useful in identifying and prosecuting tax cheats. Because of the IRS Whistleblower Program, it is easier than ever to collect a large cash reward for reporting someone cheating on their taxes or a bank that is assisting others to hide assets.

To be eligible for a reward, you must have inside information on a person or business that is willfully underreporting their income or failing to pay taxes. Banks, lawyers, accountants and offshore service companies that assist others in hiding money are also fair game.

Each year the IRS pays out tens of millions of dollars in rewards. One lucky whistleblower was paid $104 million for blowing the whistle on Swiss banking giant UBS. If you have information about someone cheating the IRS, the next reward could be yours.

To learn more, visit our IRS whistleblower page. Ready to see if you qualify for a reward? Contact us online, by email or by phone 202-800-9791.

The Mahany Law tax fraud whistleblower team has former experienced IRS and state tax officials ready to help you qualify for a reward. IRS whistleblower cases accepted worldwide and you don’t need to be a citizen to apply. All inquiries are protected by the attorney – client privilege and kept strictly confidential.