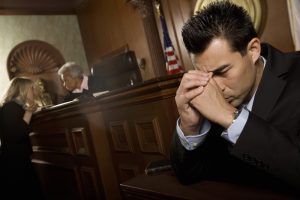 Is Your Spouse Concealing Assets? Learn How to Spot if You Are a Victim of Divorce Fraud

Earlier this week the Pennsylvania Supreme Court refused to dismiss a $500 million legal malpractice case against AmLaw 100 firm, K&L Gates. That decision paves the way for the case to head to trial.

The firm was sued years ago by a bankruptcy trustee on behalf of Le-Nature, Inc. The company filed for bankruptcy after a massive internal fraud caused that company to go under. The trustee says that K&L Gates and an accounting firm were negligent in their work investigating the possible fraud. The former president of Le-Nature, Gregory Podlucky, is currently serving a 20 year prison sentence for his role in the company’s collapse.

The trustee says K&L Gates is guilty of legal malpractice. The law firm was hired by an audit committee of the company. A state court judge originally threw out the case saying the trustee did not have standing to bring the claim as the audit committee hired the firm, not Le-Nature. That decision was overturned last May by a 3 judge court of appeals. The firm then appealed that decision to the Pennsylvania Supreme Court.

By refusing to review or reverse the appeals court, the Supreme Court in essence ruled that the legal malpractice can go forward. K&L Gates denies any wrongdoing.

This isn’t the first time the law firm finds itself accused of legal malpractice. Last year in a high profile political case the firm was also sued, that time for an alleged conflict of interest.

With almost 2000 lawyers, the firm is bound to collect some bad press now and then. A case accusing the firm of a half billion dollar loss, however, may spell the demise of the firm. According to a recent article in published by the American Bar Association, many of the biggest firms are already on shaky footing.

Ultimately, we believe the model of how legal services are delivered is changing. We think the days of the mega “BigLaw” firms are numbered. Ironically, however, not for the reasons identified in the Le-Nature complaint. In most instances, we find the big firms in trouble because of billing issues or conflicts of interest and not substandard work.

We know several lawyers at K&L Gates and think their work product is excellent. We simply feel that legal services can be delivered better and for less than half the cost by speciality boutique firms.

Whether or not the firm is breached its duty of care to Le-Nature will probably be decided after a trial. At this point, the courts have only ruled that the trustee’s claims can proceed.

Update: In January 2014, K&L Gates agreed to pay $23.7 million to settle the lawsuit. The law firm was not required to admit any wrongdoing.

If you believe that you have received less than adequate representation by a lawyer, accountant or other professional, call us. We are one of the few law firms willing to pursue legal malpractice cases. For more information, contact attorney Brian Mahany at or by telephone at (414) 704-6731 (direct). All inquiries are protected by the attorney – client privilege.

Mahany Law – America’s Fraud Lawyers. Cases accepted nationwide. We have a minimum loss threshold of $1 million before we will consider a case.