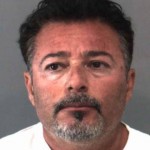 Things are not A-Okay at A-One Auto in Riverside, California. When people think of tax evasion, most think of the IRS but as a recent case in California highlights, state tax officials can pack a mean punch too. Brothers Nader and Ahmad Sami are each being held on lieu of $2.6 million bail. Both men have been charged with felony tax evasion as well as misdemeanor making false sales tax returns.

The case began when agents from the California Franchise Tax Board and Board of Equalization served search warrants at the mens’ homes and car dealerships. According to published reports, the brothers own A-One Auto in Riverside and San Bernardino, California.

State investigators say the dealerships had $124 million in sales since January, 2006. Customers paid $13 million in sales tax on those sales but just over $10 million was turned over to the state. What happened to the rest? That’s probably why the men were arrested and taken to jail.

News reports say that the pair might have more problems than just sales tax. Several customers are learning that liens on cars they purchased have not been paid off and that their vehicle titles are not accurate. After the raid, the business closed putting dozens of workers on the street. The men’s attorney say that has contributed to the paperwork problems.

It will probably take some time to find the allegedly missing millions but the state claims that the men were able to purchase luxury homes. One reportedly drives a Bentley convertible.

Sales tax is considered a trust fund tax. It is collected by merchants from their customers and held in trust for the state. Failure to turn over sales tax is a felony in many states. The same is also true of income tax withheld from workers’ paychecks.

When a business does not turn over trust fund taxes, the owners can be criminally prosecuted and anyone having authority and responsibility for paying bills can be held personally responsible for the unpaid taxes. This includes non-owner managers and accounts payable personnel. The rules vary from state to state but most follow the IRS Trust Fund Recovery Penalty guidelines.

It is tempting for businesses having cash flow problems to put off paying taxes. As Ahmed and Nader Sami learned, that could lead to a very unpleasant surprise one morning.

We caution here as we do in every tax evasion story that the defendants are innocent until proven guilty. An arrest does not mean they are guilty.

If you have unpaid or unreported business taxes or believe you are the target of a criminal investigation, contact us immediately. Our IRS tax attorneys have helped people across the United States come into compliance and avoid jail.

For more information, contact attorney Brian Mahany at or by telephone at (414) 704-6731 (direct). All inquiries are protected by the attorney – client privilege and kept in complete confidence.

Want more information about IRS Criminal Investigations or tax evasion? Our Due Diligence blog has a search engine located in the upper right hand corner. We have posted hundreds of informative articles on our site. Our feed is also available through TaxConnections.

A former employee of the Cleveland Clinic was arrested by the FBI and charged with obtaining a $3.6 million federal grant … END_OF_DOCUMENT_TOKEN_TO_BE_REPLACED