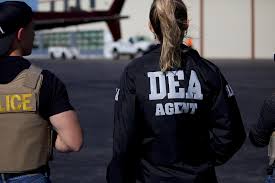 [Updated through 2020] We originally wrote this post in August 2013. That is when the federal government filed suit against PharMerica Corp, a major long-term care pharmacy. The lawsuit was originally begun in 2009 by a former PharMerica employee turned whistleblower. Eleven years and 31.5 million later, the company still hasn’t learned its lesson. That is why whistleblowers are so important to our justice system.

The Many Frauds and Whistleblower Lawsuits Involving PharMerica

]The government’s fraud complaint was brought under the federal False Claims Act and the Controlled Substances Act. It alleges that the pharmacy dispensed prescription drugs without a prescription and sought payment of the drugs from Medicare.

Under the False Claims Act, whistleblowers are entitled to a percentage of whatever the government collects. In this case, the government is seeking triple damages from the pharmacy corporation which could mean a great payday for the whistleblower, Jennifer Denk. According to a press release from the U.S. Department of Justice, two other whistleblowers also came forward in 2010 with additional information about the company. All were pharmacists at the company.

PharMerica does business across the United States including a large processing center in Pewaukee, Wisconsin. The government says the company fills 44 million prescriptions a year from 95 pharmacies across the U.S. Almost half of their scripts are paid by Medicare tax dollars – that means our dollars.

The government’s complaint was filed in Wisconsin and is being prosecuted by the Justice Department, U.S. Attorney for the Eastern District of Wisconsin, the DEA and HEAT – the Health Care Fraud Prevention and Enforcement Action Team.

Although it is always depressing to see large companies ripping off taxpayers, we were not surprised to see the complaint centers around the long term care industry. Nursing homes often cut corners in the hopes of saving money. If the allegations of this complaint are true, however, patient safety was jeopardized.

We have no sympathy for PharMerica. As early as 2007 internal auditors were warning that the company was violating the law and headed for problems. “No prescription equals false claims,” was part of warning issued by a PharMerica auditor after finding that many of the company’s were sending out drugs without a written prescription.

Even earlier, the DEA had warned the company in 2000 about problems with its pharmacy operations.

The government’s complaint claims that PharMerica allowed nursing home staff to order narcotics without a valid prescription and without determining whether the drugs were medically necessary and safe for a particular patient’s needs. Although the suit was filed against the pharmacy – they billed Medicare for the drugs – nursing homes appear to be equally guilty if not more so for drugging elderly patients without a doctor’s order. According to Justice Department officials, some of the drugs allegedly dispensed by PharMerica included morphine and oxycodone.

James Santelle, Milwaukee’s U.S. Attorney, said, “The complaint we are filing today reflects the abiding commitment of the Justice Department to the qui tam [whistleblower] process, encouraging people with information about alleged fraud and abuse to report it in a timely and effective matter.”

Fast forward to 2020 and America is grappling with a different type of drug problem, opioids. And once again, the Justice Department is asking people with information about doctors and pharmacies improperly dispensing opioid painkillers to step forward.

In 2015, Jennifer Denk’s whistleblower lawsuit against PharMerica settled when the company agreed to pay $31.5 million to the Justice Department. (The company was allowed to settle without any admission of wrongdoing.) For her part in stepping forward and reporting the company, Jennifer was given a whistleblower reward of $4.3 million.

In announcing the settlement, Milwaukee’s U.S. Attorney said, “Today’s significant settlement represents a single but critical significant step toward promoting integrity in the administration of public health programs.  This…  resolution demonstrates that our fight against health care fraud is helping to protect all Americans, including the elderly, people with disabilities and other who may be vulnerable to mistreatment and abuse.”

Warnings from the DEA in 2000, more warnings from an internal auditor in 2007, a whistleblower lawsuit in 2009, a government intervention in 2013 and a $31 million payout in 2015. The company learned its lesson right?

Apparently not. Later in 2015 the company paid another $9.25 million settlement to the government. This time prosecutors said PharMerica was taking kickbacks from drug companies to promote certain drugs to nursing home patients.

Federal and state anti-kickback laws say that medical decisions should be based on the best interest of the patient, not who pays the biggest bribes and kickbacks. To hide the kickbacks, the drug company making those kickbacks disguised them as rebates, educational grants and other forms of financial support. That drug company, Abbott Laboratories, paid a whopping $1.5 billion penalty.

Like the previous PharMerica case, this one was initiated by two whistleblowers, this time employees of Abbott Laboratories.

In announcing the settlement against PharMerica, the Justice Department said in a prepared statement,

“We owe nothing less in fulfilling our duty to ensure that nursing home residents are provided with the appropriate drugs based upon their needs rather than the business interests of the companies providing the drugs… Elderly nursing home residents suffering from dementia have little control over the medications they receive and depend on the unbiased judgment of health-care professionals for their daily care. Kickbacks to entities making drug recommendations compromise their independence and undermine their role in protecting nursing home residents from the use of unnecessary drugs.”

Violation Tracker says that an affiliate, PharMerica Drug Systems Inc paid $5,975,000.00 in 2005 for different kickback allegations. Over all, PharMerica and its private equity fund parent KKR and its affiliates, many of which are in the healthcare industry, have reportedly paid just shy of $143 million since 2000!

When we see numbers like that, it usually means that fraud is simply a cost of doing business. That is why whistleblowers are so important.

Did the company learn its lesson? You decide.

Four PharMerica employees turned whistleblowers filed another case against the company in 2015. Because whistleblower lawsuits are filed under seal (in secret), the case did not become public until recently.

According to the newest complaint, the whistleblowers claim that “PharMerica, a longterm care pharmacy, submitted false claims for government reimbursement for prescriptions it illegally altered without physician consent.” One of the employees states that she suffered illegal retaliation after attempting to bring the misconduct to the company’s attention.

Unlike the other complaints above, the government did not intervene in this complaint. The law allows the whistleblower’s attorneys to prosecute the case in the government’s name, however, unless the government seeks to dismiss the complaint altogether.

After the case was unsealed, PharMerica sought to dismiss the case. The court ruled on February 5, 2020, however, that the complaint could go forward.

This is yet another case we are closely watching.

PharMerica is reportedly the second largest pharmacy company servicing long term care facilities (nursing homes). In December 2019, the U.S. Department of Justice intervened in yet another False Claims Acy case involving nursing home pharmacies, this one filed by a whistleblower against CVS Omnicare. That company is one of the other large players in the billion dollar nursing home pharmacy industry.

A whistleblower in a false claims act case typically earns an award of 15 to 30% of whatever is collected by the government. To qualify as a whistleblower, one must have non public, “original source” information about a fraud to taxpayers or a taxpayer funded program. Common examples involve fraud to Medicare, FHA / Freddie Mac / Fannie Mae mortgage programs and procurement fraud (things sold to the government).

Because many prescriptions drugs are paid for by Medicare, Medicaid or Tricare, fraud by pharmacies is usually covered by the False Claims Act. Nursing home, doctors and drug companies that pay or receive bribes involving pharmacies would also be covered by the law.

The current complaints against Omnicare and PharMerica are still pending. We caution that the filing of a complaint does not mean the company is guilty of wrongdoing. Unless earlier settled, all parties will get their day in court.

If you wish to become a whistleblower and think you have a case, give us a call. Our mission is simple, help whistleblowers stop fraud and collect the largest award possible.

For more information, visit our whistleblower rewards page. Ready to see if you qualify for a reward? Contact attorney Brian Mahany online at brian@mahanylaw or by telephone at (202) 800-9791. All inquiries are protected by the attorney – client privilege and kept in strict confidence.

Want more information? Our Due Diligence blog has a search engine located in the upper right hand corner. We have posted hundreds of informative articles on our site.