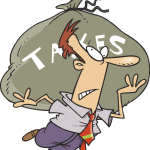 When Whistleblowers Team Up with the IRS, Hiding Money Offshore Is a Losing Proposition. Learn How the IRS Can Use a John Doe Summons to Ferret Out Hidden Offshore Accounts

[Updated May 2020] Since 2007, the IRS and Department of Justice has been waging war against tax evaders hiding money offshore. Unfortunately, millions of U.S. taxpayers may become victims of that war as the IRS ramps up efforts to find and prosecute Americans with unreported offshore accounts. One of the most powerful weapons in their arsenal is the John Doe summons.

Most folks have never heard of a “John Doe” summons.  According to the Internal Revenue Manual (the IRS’ own internal procedures manual), a John Doe summons is “is any summons where the name of the taxpayer under investigation is unknown and therefore not specifically identified.”

Until the UBS investigation in 2008, very few people heard of a John Doe summons. That year IRS officials served one on UBS demanding the identities of all U.S. account holders. Since then, the IRS has used the tool in other offshore bank account investigations.

The typical IRS summons (most people would call these subpoenas) is directed at one taxpayer. If the IRS believes that you are committing a crime or not reporting income, the Service can begin an investigation and either a revenue agent or criminal division special agent can issue a summons to a bank or employer seeking records.

The John Doe summons process is much different – it is used to obtain information about a group of people whose identities are unknown.

It was a John Doe summons that started the investigation which ultimately lead to the record $780 million fine against UBS in 2009. (More on that below including how one whistleblower received a  $104 million whistleblower reward.) UBS isn’t the only bank to have received a John Doe summons, however. HSBC and several other banks are widely believed to have received one or more such information requests.

At first the IRS was issuing John Doe summonses to foreign banks that had a branch in the United States. (Many do.) Banks such as UBS and HSBC are prime examples.

Buoyed by their early successes, in 2013 a federal judge in San Francisco approved a John Doe summons seeking information from FirstCaribbean International Bank. Unlike prior John Doe bank summonses, FCIB had no property or locations in the U.S.  Without a physical presence in the U.S., the court could find itself without jurisdiction to enforce the summons. In a novel twist, the IRS served the summons on Wells Fargo which served as a correspondent bank for FCIB. By targeting Wells Fargo, the IRS was able to track wires and transfers from the U.S. to FCIB.

The 1976 Tax Reform Act allows the IRS to seek John Doe summons but only with court approval. Section 7609 of the Internal Revenue Code sets a fairly low bar to obtaining a summons. The IRS must show that tax evasion may have occurred among a class of people (typically Americans with offshore accounts). The court to find that there is a “reasonable basis” to believe that the target group has failed or “may fail” to comply with tax laws. The court must also find that the information is not “readily available” from other sources.

The IRS adds further restrictions and only allows senior IRS personnel to request them. That means every special agent, revenue agent and revenue officer can’t simply run around the world engaging in unauthorized fishing expeditions.

The IRS is mining data from the various amnesty programs such as the current Offshore Voluntary Disclosure Program to use in its enforcement efforts. If a few people come forward through the amnesty program and identify a particular bank where they kept accounts, the IRS has sufficient information to seek a John Doe summons.

In 2015, the IRS used the John Doe summons process to seek records from FedEx, UPS and DHL. Why a courier company? The Service told the court that overnight couriers are often used to ship checks to foreign banks or receive statements. (It is easier for the government to search for return addresses on mail than it is to inspect parcels shipped by courier companies.)

In 2017, the court approved a summons against a Montana resident for records associated with a Panamanian company called Sovereign Management & Legal LTD. The Justice Department believed that Sovereign Management was issuing debit cards to help Americans repatriate money back into the United States without detection.

The way the scheme allegedly worked involved Americans evading taxes by hiding money offshore and then using a Sovereign debit card in the US to make purchases or get cash. Ingenious on its face but obviously the scheme was a failure.

More recently, the IRS is using the John Doe process to find people evading taxes through the use of cryptocurrency. Although it is difficult to ascertain who is trading in cryptos, most transactions go through an exchange.

In 2019, a federal judge in San Antonio said the IRS could obtain the names of clients from a law firm. The clients were suspected of using a lawyer at the firm to set up foreign bank accounts in order to hide assets from the IRS.

What does all this mean?

Whistleblowers and the John Doe Summons

The days of bank secrecy are numbered. Yes, some folks may remain a few steps ahead of the IRS for awhile, but sooner or later Uncle Sam catches up. Whistleblowers and the expanded use of the John Doe summons process make it especially hard to evade taxes with offshore accounts.

As we learned from the San Antonio case, even using a lawyer can’t always protect you from being caught by the IRS. We know of a few questionable offshore trust companies that “guarantee anonymity.” Don’t believe it. If not caught directly by the IRS chances are good that a someone will blow the whistle.

We began this post with a teaser about UBS and a $104 million whistleblower reward. It’s true. Our friend Bradley Birkenfeld was a director at UBS. Ultimately he decided that he would no longer allow his Swiss employer help Americans evade taxes. Even though he faced jail time for his own actions, he stepped forward and became a whistleblower.

Bradley paid a price by stepping forward – about 30 months in prison – but he also received a $104 million whistleblower reward (less taxes of course)! That was a decade ago. Bradly’s prison sentence might scare some would be whistleblowers away. Today, few whistleblowers risk jail. In fact, if you are a participant in criminal activity you face more risk of prison by not coming forward.

The Justice Department sometimes criminally prosecutes whistleblowers but generally only the people who masterminded the scheme or occupied a very senior management position. We have had a CEO, however, who avoided jail by coming forward. If you are a teller, auditor or middle manager, the risk of jail is minimal unless you designed the scheme. (We can explore immunity with prosecutors before revealing your identity.)

Many of the big offshore tax evasion prosecutions started with a whistleblower. Couple the IRS’ ability to issue a John Doe summons almost anywhere in the world and the awards can be huge.

If you have information about a bank or offshore service company helping Americans evade taxes, contact us. You may be eligible for an IRS whistleblower award. The IRS pays up to 30% of what is collected from the wrongdoer including interest and penalties.

Does your information pertain to an individual taxpayer? If the person has an annual gross income of $200,000 or more and the taxes, penalties, interest and other amounts in dispute exceed $2 million, you qualify. [There is a program for smaller tax losses – contact the IRS directly for small claims cases.]

Until several years ago, we helped taxpayers with unreported bank accounts. The penalties for not reporting are the highest of any IRS penalty. They can exceed the value of the unreported asset or account!

The takeaway of this post for taxpayers is that you should come into compliance as soon as possible. The IRS operates on a modified first contact basis. If they contact you first, all bets are off. You risk huge penalties and maybe prison. If you contact them first, however, you can negotiate better on the penalties and almost always avoid jail.

We say modified first contact because the IRS says if they get your name from a John Doe summons before you contact them, your first contact doesn’t count. One more reason not to delay.

The IRS has proven its ability to find hidden accounts anywhere. One of its most powerful tools is the John Doe summons. As the FirstCarribean International Bank summons proves, the IRS can now reach foreign banks with no ties to the United States by simply targeting their correspondent relationships.

For more information, contact attorney Brian Mahany at or by telephone at (202) 800-9791. All inquiries are protected by the attorney – client privilege and kept in strict confidence.

Please note our representation is limited to IRS whistleblowers. We also invite whistleblowers to visit our IRS Whistleblower Program information page. If you believe you have possible criminal exposure because of an unreported account, give us a call too. If you are simply looking for someone to help you amend returns and report offshore accounts, write to us and let us know where you live. All inquiries are protected by the attorney – client privilege and kept confidential.