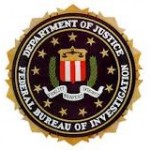 The owner of a Pennsylvania hospice care business, Matthew Kolodesh, was convicted of Medicare fraud. Jurors found he billed  Medicare for over $14 million in claims for patients that were not eligible to receive Medicare benefits. In many cases, the services were billed but never provided.

Prosecutors say that Kolodesh spent $9.6 million of hospice funds for his own personal use including renovations to his house, a luxury car and tuition for his son. The scheme to divert money to his own account involved taking kickbacks from vendors using a system of phony and inflated invoicing. He also concocted a scheme to take charitable donations made to the hospice.

According to the indictment, 90% of the Medicare claims for the highest level of hospice care – continuous care – were for services never provided to patients.

In February 2007, Kolodesh learned that his hospice business was being audited. Instead of cooperating, prosecutors say that Kolodesh and his manager had staff falsify records and create phony medical records. Later that year, when Kolodesh learned that the business had reached the cap for Medicare reimbursement and might be audited again, he put patients out on the street. In  just one month, 79 patients were suddenly discharged.

Although Kolodesh pleaded not guilty and presumably had explanations for his actions, the jury didn’t buy it. After a week long trial in Philadelphia, jurors convicted Kolodesh this week of conspiracy to commit healthcare fraud, 21 counts of Medicare fraud, 11 counts of money laundering and 2 counts of mail fraud. He faces 370 years in prison when sentenced early next year. Prosecutors will also seek restitution, although it appears much of the money was spent.

After the verdict, Philadelphia’s United States Attorney Zane Memeger said, “Cases like this involve the type of fraud and abuse that this office and the Department of Justice fights every day. The guilty verdict here bolsters our resolve to investigate and prosecute fraudsters who believe they can steal the public’s hard-earned tax dollars and government funds with impunity.”

The case against Kolodesh was investigated by the FBI and U.S. Department of Health and Human Services.

Medicare fraud costs taxpayers billions of dollars every year. Most cases come to light through the efforts of whistleblowers. Often in the healthcare field, the whistleblowers are concerned physicians, nurses and billing clerks who are tired of watching criminals steal while patients with real needs go without care. The case against Kolodesh is especially troubling in that he put dozens of patients on the street after apparently becoming worried about another audit.

Under the federal false claims act, whistleblowers who have original source information about a fraud involving a federally funded program are eligible to receive a percentage of whatever the government collects from those committing the fraud. The usual award is 20%.

If you want to become a whistleblower and think you qualify, give us a call. Our team of whistleblower attorneys help ordinary citizens become heroes and collect the maximum award for their efforts.

Want more information? Visit our Hospice Medicare fraud page. Have specific questions or ready to find out if you qualify for a reward? Contact attorney Brian Mahany at or by telephone at (414) 704-6731 (direct). All inquiries are protected by the attorney client privilege.