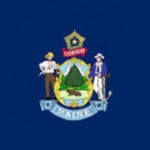 [Post updated through 2021] Employment Specialists of Maine, known locally as ESM, is a private community rehabilitation provider in Maine. It provides services for many Maine residents struggling with intellectual disabilities. The company relies heavily on funding from the federal Medicaid program as well as state tax dollars.

Earlier this year ESM settled charges that it falsely billed Medicaid and the State of Maine for services not eligible for reimbursement. The company settled for $125,000.

The case against ESM was brought under the federal False Claims Act, often called the whistleblower law. Any person possessing original source knowledge regarding fraud against a federally funded program can file suit under the false claims act.

The government claimed ESM was utilizing the services of an excluded provider. The complaint says the company billed for services provided by a registered nurse who was barred from participating in any federal health care program. Because the list of barred individuals is public record, prosecutors say that ESM should have known better.

Unlike many Medicaid and Medicare fraud cases, there are no allegations that any patients suffered. Press reports indicate that once the complaint became public, ESM cooperated fully and the nurse in question was terminated.

Whistleblowers who bring cases under the state or federal false claims act are eligible for a percentage of whatever the government collects. The average award is 20% meaning a whistleblower in the ESM case would probably receive $25,000. As false claims settlements go, this case is relatively small but it also only involved one individual.

When this post was first written in 2013, Maine was one of the majority of states that had its own state False Claims Act. Maine’s law authorized rewards for information about fraud in the state’s MaineCare program. (MaineCare is the name of Maine’s Medicaid program.)

Because Medicaid is funded both by the state and federal government, most states have their own separate whistleblower program to provide incentives for whistleblowers wanting to report Medicaid fraud. In these states it is possible to receive two cash rewards.

Maine joins Wisconsin as the only two states that have repealed their whistleblower reward law in recent years. Former Attorney General Michael Carpenter (now a state senator) introduced legislation to bring back the whistleblower reward law in 2019. His efforts were defeated after the Maine Hospital Association and all 35 member hospitals in Maine lobbied hard to keep the law dead.

Although the hospitals called healthcare whistleblowers bounty hunters and “legal squatters” (we aren’t even sure what that means) and said the law wasn’t needed, just months after the vote another Maine healthcare company was busted for fraud. This time for using unqualified therapists to treat patients.

Maine’s own whistleblower law may be on ice but the feds still can and do pay rewards for information about fraud in Maine.

If you have original source information about fraud or loss to a government funded program, give us a call. Our Maine whistleblower lawyers have represented whistleblowers across the United States. To date we have helped our clients collect over $100,000,000.00 in rewards. There isn’t a single Maine law firm that can make that claim.

Obviously not all cases have losses in the billions of dollars but the US government is very interested in pursuing claims against Medicare fraud. For more information about Maine’s whistleblower law visit our Maine Whistleblower Rewards information page. Ready to see  if you have a whistleblower claim, contact attorney Brian Mahany at or by telephone  at 202-800-9791. All inquiries are kept in strict confidence.

About the author. Brian Mahany is a former Maine law enforcement officer and Assistant Attorney General of Maine. He and his team of Maine whistleblowers lawyer help concerned whistleblowers stop fraud and collect the maximum awards possible.