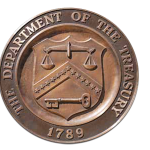 IRS and DOJ Nab Another in Unreported Offshore Account Case

The IRS and Justice Department have been very busy these days. Although statistics show a slight decrease in overall IRS criminal referrals, prosecutions of individuals with unreported offshore accounts are actually up. Just 1 week ago we reported on the arrest of Raoul Weil, a former UBS director. Today we report on the arrest of Martin Lack, a Swiss investment adviser.

Lack is alleged to have helped Americans hide money from Uncle Sam by opening accounts at UBS an Basler Kantonalbank. He is one of dozens of foreign bankers, lawyers and advisers that have been indicted by the U.S. government. Many have yet to be arrested, although they are effectively unable to leave Switzerland. (European authorities will generally honor American arrest warrants.) Raoul was arrested in Italy while attempting to travel. Published reports say that Lack simply turned himself in to authorities in Miami.

The indictment claims that Lack asked another banker to meet with his US clients for fear he would be arrested. If those claims are true, it goes to show knowledge and criminal intent by Lack.

The Justice department has been targeting bankers and lawyers and other insiders who helped Americans open their foreign accounts. Most of these folks cooperate when arrested and turn over their lists of clients in return for a lesser sentence. The real targets of the IRS prosecutions are Americans with unreported accounts.

Lack was released on bail and allowed to return to Switzerland pending his trial. His next court date is in November suggesting a possible plea deal. Obviously, all defendants are considered innocent until proven guilty.

U.S. taxpayers are allowed to open offshore  accounts. The Bank Secrecy Act, however, requires those accounts to be reported to the government annually. For most folks, reporting is done on a Report of Foreign Bank and FInancial Accounts – FBAR for short – and on Schedule B of one’s income tax return.

Failure to file an FBAR can be a felony. The civil penalties are quite high as well. If the IRS believes you willfully failed to file an FBAR, the penalties are up to the greater of $100,000 or 50% of the historical account balance. Unfortunately, many taxpayers simply don’t understand the reporting rules for offshore accounts. These folks often get caught up in the IRS enforcement process, however.

The IRS generally treats taxpayers much better that come forward on their own. Beginning next year, foreign financial institutions will begin reviewing accounts and notifying the IRS of Americans suspected of having an interest in an account. A 2010 law, the Foreign Account Tax Compliance Act or FATCA, requires banks to look for Americans that own or have signature authority over accounts in their banks.

This means the days are numbered for taxpayers with unfiled FBARs to come into compliance. Simply filing back returns isn’t likely to help either – the IRS calls that a “quiet disclosure” and says it will penalize people who attempt try to avoid scrutiny this way.

What should a person do with unreported offshore accounts? Contact an experienced IRS attorney immediately. Our team of FBAR and FATCA attorneys have helped people all over the world come into compliance and save millions in penalties. In most instances, are services are available for a flat fee.

I live and work in Texas. This is cattle country. As beef prices soared in supermarkets, the ranchers I spoke with says they … END_OF_DOCUMENT_TOKEN_TO_BE_REPLACED