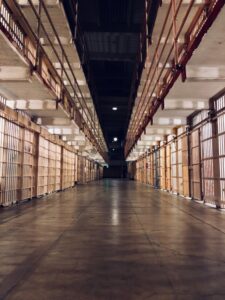 Know of an Accountant, Bank or Lawyer Helping Others Evade Taxes? Collect a Reward (and Probably Remain Anonymous)

[Updated 2021] Previously we reported on California attorney Christopher Rusch after he was indicted and arrested for helping two clients establish unreported foreign accounts. Rusch initially denied the charges but court documents released this month suggest he may have cut a plea deal with prosecutors. The case is being closely watched by those with unreported foreign bank accounts as well as the accounting and legal communities. It’s also being watched by whistleblower lawyers, more on that below.

Tens of thousands of Americans have unreported foreign accounts. Some folks made a conscious effort to hide their money from the IRS and many more simply don’t understand the law. Although criminal cases against offshore bankers and the holders of unreported accounts , until recently few cases targeted accountants and lawyers.

Prosecutors say that Rusch helped his clients avoid U.S. taxes by helping them create nominee entities to conceal the true ownership of the accounts and by using his attorney trust account to help facilitate the transfer of monies to a Swiss account. Like his clients, all are charged with conspiracy to defraud the U.S. Treasury, a felony.

Lawyers and accountants frequently provide tax advice and help clients structure their business entities. Doing so for a client that intends to break the law can clearly land the lawyer or accountant in hot water even if the lawyer does not directly profit. While Rusch has denied the charges, a motion filed by his clients to disclose the terms of a secret plea negotiations states that Rusch has or is cutting a deal with the feds.

Besides serving as a warning to accountants and lawyers, the case is important for another reason. Predictably, investigators issued a Grand Jury subpoena for Rusch’s records. His clients claimed these were subject to the attorney – client privilege. While ordinarily that would be the case, in July the court ruled that the “Crime Fraud Exception” to the attorney – client privilege applied and said the records were not privileged.

Normally, everything that you tell your attorney is confidential. (The same does not apply to CPAs and other tax professionals, however.) The purpose of the privilege is to allow clients and lawyers to speak freely and frankly and without fear that the government can compel the lawyer to “spill the beans” as to what was revealed by the client.

In this case, the court said the “Crime Fraud Exception” applied. If the attorney and client are speaking or working together in furtherance of a crime, the privilege no longer applies. In this case, asking your attorney for help breaking the law means that the attorney can testify.

Since this post was first written, Rusch was convicted and sentenced to prison.

Lawyers and accountants are frequently asked by clients to take positions not supported by the tax code. In recent years, the Treasury Department has adopted Circular 230 which requires tax professionals to follow the law or risk losing their ability to practice. Recent criminal cases like this case show that now it’s more than the CPA or lawyer’s license on the line. It’s their freedom too.

And that brings up whistleblowers with information about lawyers and accountants who help their clients evade taxes.

The two taxpayers being assisted by Attorney Christopher Rusch were Stephen M. Kerr and Michael Quiel, both of Phoenix. The two collectively evaded taxes on $6.6 million of income. Blowing the whistle on either Kerr or Quiel would likely have generated a cash reward. Under the IRS whistleblower program, the IRS pays up to 30% of any tax, interest and penalties collected from the wrongdoer.

For an even bigger reward, however, one can report the third party that helped both men hide income. The larrgest IRRS whistleblower reward paid to date is $104,000,000.00. And that reward was paid to a single whistleblower. Why so much? He reported UBS Bank for helping Americans hide income.

If you have information on a lawyer, accountant, offshore service company or bank that is helping others evade tax, you may be eligible for a reward. To learn more visit our offshore tax fraud whistleblower information page. Ready to see if you qualify for a reward, contact us immediately. All inquiries are strictly confidential and protected by the attorney – client privilege. We understand IRS whistleblower cases, understand how the IRS works, and how to best present your information to maximize both your chances of receiving a cash award and also the amount of that reward – , 202.800.9791 or Report Online.