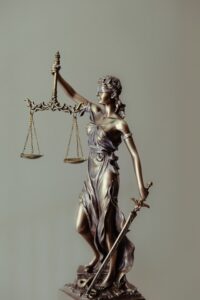 In a recent U.S. Tax Court case, taxpayers suffered a double loss. The taxpayers, consisting of four couples, had purchased welfare benefit plans marketed by Benistar 419 Plan Services. Under the plan, Benistar provided preretirement life insurance to select employees of companies enrolled in the plan. Small employers like the plans because they allow pretax contributions to be shielded from taxation.

The plan was marketed through seminars geared towards insurance agents. Benistar did not sell directly to the participants.

Ultimately, the court decided that contributions to the plan were not tax deductible. The court was troubled by the mechanics of the plan that allowed the businesses to “funnel pretax business profits into cash-laden life insurance policies over which they retained effective control.” The court ruled these payments were taxable constructive dividends and not necessary business expenses.

Specifically, the court found that the level of control that covered employees exerted over their underlying policies, the degree to which contributions to the Benistar Plan were structured around those underlying policies and the means by which employees could obtain a distribution of those policies lead to the conclusion that the “Benistar Plan is a thinly disguised vehicle for unlimited tax-deductible investments.”

The loss of the deduction is not the only loss suffered by the taxpayers in this case. In addition to losing the tax deduction on the plan contributions, and the resulting hefty tax bill, the taxpayers were also assessed with penalties.

The court did acknowledge that a prominent tax lawyer and author of a book on 419 plans developed the Benistar plan. The court also acknowledged the several legal opinions finding the Benistar plans were not abusive tax shelters. Again, that was not good enough for the court.

What does all this mean? Until an appellate court steps in and says otherwise, the IRS and U.S. Tax Court look unfavorably on welfare benefit and other 419a plans.

Businesses that invested in these plans can expect the IRS to disallow the tax benefits that made these plans so attractive. Not only will the deductions be disallowed, penalties will likely be imposed. Notwithstanding all the legal opinions that surround many of these plans, the tax court will likely find that there was no reasonable reliance on professional advice.

The court found specifically that taxpayers couldn’t rely on the advice of insurance agents. Even reliance on accountants and legal opinions may not be enough.

Not at issue in the tax court decision was the huge penalties the IRS now imposes for engaging in a listed transaction. The IRS considers many of these plans to be abusive tax shelters requiring additional disclosures to be filed with the IRS. Because that was not addressed in this court opinion, it is difficult to know with certainty how the IRS will treat these penalties. Everything else with welfare benefit plans, however, suggests the IRS will also be strict with these penalties.

If you have such a plan, contact a lawyer. A lawyer familiar with these plans may be able to help abate any penalties and recover any losses from the person selling the plan. As suggested by the court, insurance agents are not qualified to provide sophisticated tax advice. If you received bad advice, a tax and fraud lawyer may be able to recover your losses from the person marketing the plan.

(This blog was written following the U.S. Tax Court opinion in Curcio vs. Commisioner of Internal Revenue, T.C. memo. 2010-115.) We also invite you to read our cornerstone content on welfare benefit plan scams and what to do if you lose your money or must pay huge IRS penalties.

Mahany Law is a full service, national boutique law firm concentrating in fraud recovery. We helped people who lost their money in welfare benefit plans and and other fraudulent tax shelters across the United States. For a no obligation consultation, contact attorney Brian Mahany for online, by email or by phone 202-800-9791. Cases handled nationwide.